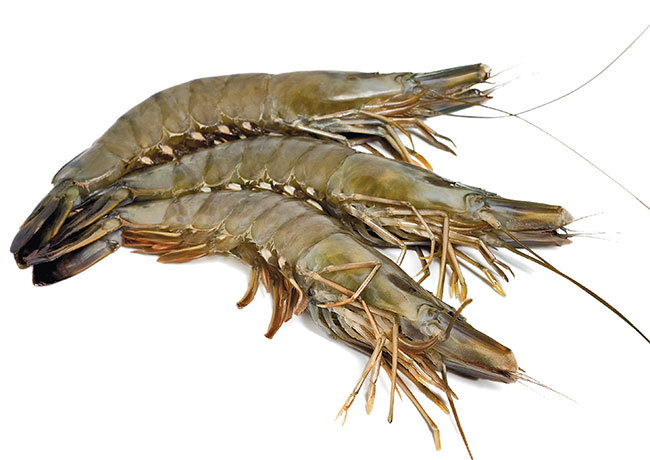 These seeds are supplied from high-health black tiger shrimp seeds from its new Multi-species Aquaculture Complex (MAC) at Vallarpadam.

While handing over the seeds to farmers, MPEDA chairman K. S. Srinivas said that “during the past decade, we have learnt a lesson on relying on only one variety. Black tiger shrimps were very popular until 2009, but after, we started experiencing huge problems in getting seeds, so farmers shifted to exotic Vannamei species.”

Today, farmers are relying on Vannamei species, which is not good for the sector and the revival of black tiger shrimp will solve this problem, Srinivas stressed.

According to media reports, major Vannamei-producing countries, such as Thailand, Vietnam and China, have been facing serious shrimp disease problems during the past five years.

Srinivas also said that the black tiger shrimps supplied from the nine-acre MAC have been showing excellent performance in various parts of the state.

Hormis Tharakan, a progressive shrimp farmer and former director general of police in Kerala, said the seeds showed very good performance during the three months of culture period. “Within 90 days of farming, I got 260 kg out of 10,000 seeds, and I am rearing 90,000 seeds more.”

In addition to this, the nine-acre hatchery for black tiger shrimp and six nurseries have also begun supplying fingerlings of other fish species such as GIFT (genetically improved farmed tilapia), Asian seabass, Cobia, Pompano and Mud Crab. Since December 2018, MPEDA supplied a total of over 700,000 fish seeds to farmers in Kerala.