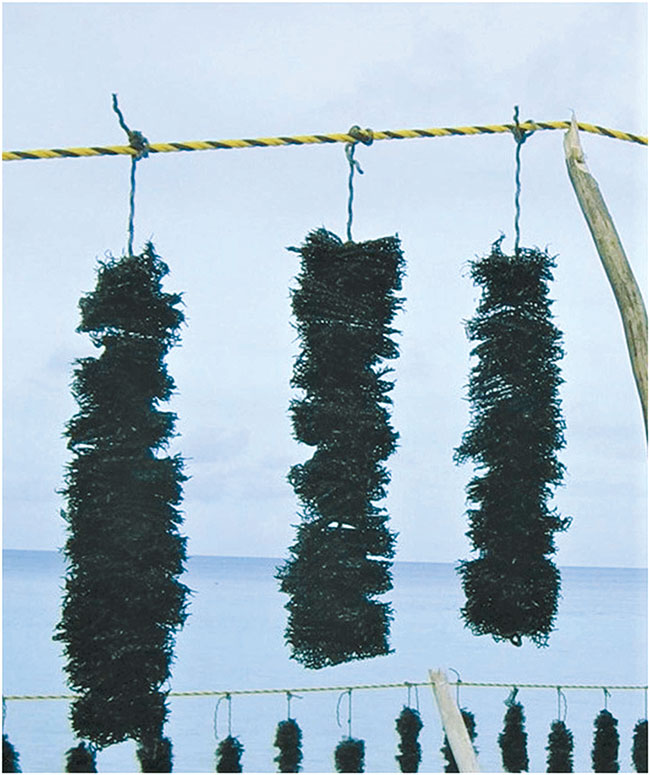 An Australian-Fiji cooperative project is giving pearl oyster (Pinctada margaritifera) spat collection a push towards increasing its economic value. Research funded by the project said the profitable scenario may be deployment of spat collectors in early summer (October) for a period of 14 months, followed by a six-month intermediate culture. The protocol produces larger oysters at a higher price. In Fiji, pearl oysters are priced according to weight.

“This culture scenario generates the highest estimated income for farmers,” said Paul Southgate, corresponding author of the study, which includes estimated income based on production values only; input costs are not considered. Southgate is the professor in tropical aquaculture at the University of Sunshine Coast (UniSC) in Australia.

Spat collectors in Fiji are generally deployed between 10-18 months to produce oysters that are close to 120mm in shell length, the required size for cultured pearl production. Larger oysters are more attractive to pearl farmers, it was explained, because it cuts down time and husbandry inputs prior to pearl production.

Smaller size was likewise observed in oysters removed from spat collectors after eight months and grown in panel nets for a further six months. Final mean length of oyster from shorter deployment was about 72 mm, compared to almost 105 mm of oyster from the longer deployment.

The research team represented the University of the South Pacific in Suva, Fiji, and UniSC. The study was published in Aquaculture Reports. Southgate said that a cost-benefits analysis is still needed before they could “definitively” say which protocol is the best option for spat collecting communities.

“This culture scenario (14+6) has the longest culture duration (20 months) and, therefore, has greater input costs. Without a cost-benefit analysis, accounting for production value and input costs, we cannot definitively say which is the best option,” he said. Time is another factor to consider. “In the Pacific, it may be unrealistic to expect people to wait 20 months for income from any venture.”

The research is part of an Australian Centre for International Agricultural Research (ACIAR) project operating in partnership with the Fiji Ministry of Fisheries (MoF).  The project oversees community-based pearl oyster spat collection, mabé pearl production, training in design and value-adding, such as jewelry and handicraft. It likewise supports local enterprise development.

“These activities are done collaboratively with our research partner, the MoF. Beneficial research findings, like this, are included into community extension and training programs carried out by the project and the MoF pearl team,” he said.