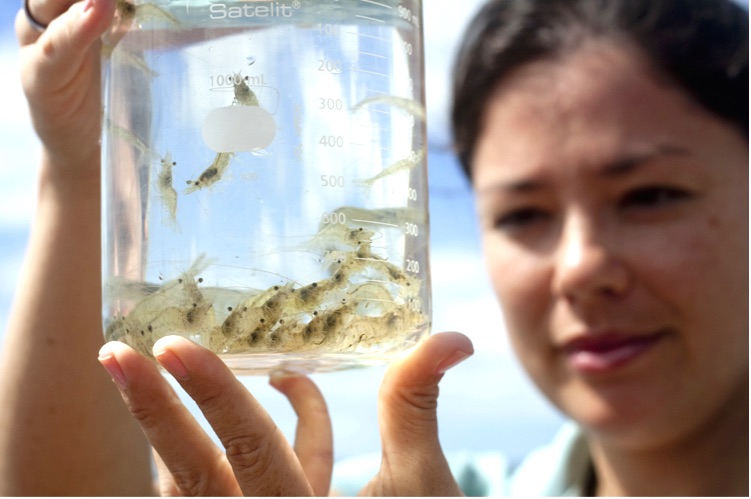 When you ask individuals in the aquaculture industry if it is valuable to have an in-house research and development (R&D) department the majority will tell you that, without a doubt, it is a valuable asset for the company.  If that person works with marine finfish hatcheries then the answer is even more emphatic: in-house R&D is indispensible for success!

But is it?  R&D is expensive and often disconnected from immediate industry needs; it can create tensions inside the company and sometimes lead to two-tier classes in staff ranks with friction and demotivation.

Having worked for many years as R&D project manager of a large marine fish farming company I will attempt to document some of the lessons from this experience as well as those from contacts with a number of other in-house R&D departments in fish and shrimp farming companies.

After four years with a growing R&D department (we were three fulltime researchers, four interns, genetics, nutrition and pathology laboratories, a full cage site for feeds’ testing and hundreds of tanks to run trials and a genetics selection program), the management of the company I worked for decided to do what is called a Net Present Value (NPV) valuation of the R&D department (as it did for all other departments).

NPV measures the value (in Euros) that all projects in the department add to the company in a time frame of 5-10 years.

The main questions the company was trying to answer were: is R&D a loss center or a profit center? Do we lose money with it? Or does it bring money to the company?

The way we went about it was to look at each individual project, add all expenses linked to it, look at the results and talk to production to determine the impacts of the project’s results on production.  These impacts were projected into the next 5-10 years, estimated cash-flows were calculated and the NPV was finally computed.  Adding the NPVs for each project would result in the total NPV of the department.

Here are a couple of examples:

Both projects above, when analyzed over the following 5-10 years, represented many millions of Euros of savings achieved by the company because of the R&D department.  In fact our department ranked first in the company as the one with the highest NPV!

So far this was looking great!

The following events were, however, surprisingly unexpected…

In the first decade of the new millennium, almost without exception, every year was terrible for the Mediterranean aquaculture industry.  The industry grew faster than its market and so prices of bass and bream went steadily down reaching at one point (2007-2008, like the sub-prime crisis…) values that were close to 60% of production costs.

Companies suffered, debt increased and a general trimming of fat started all over the industry.  Interestingly for our company (but also for many others), one of the first departments to go was the top performing R&D department.

On further analysis it became clear even to me why R&D was not as valuable as we thought; to see why, let’s revisit the two examples above:

So, in both examples, the excellent R&D results did not translate into practical benefits for the company.  It became clear to me then that we had some of our research priorities wrong.  First we should not have tried the Japanese diet without first making sure it would be widely available in the market.  In the case of the feeding plans we should have ensured that staff at the farms could implement an improved feeding management tool.  Perhaps there the priority should have been to research management of feeding first and then decide on opportunities for improvement.

I have seen examples of companies with in-house R&D that brought tremendous actual value to the company.  In fact the Brazilian shrimp farming company Camano would possibly not exist

today if it were not for the members of staff that make up the R&D department (lead by Luiz Peregrino).

Camanor, like many Brazilian shrimp producers was suffering from the devastating effects of white-spot syndrome and many of the company’s ponds were dry when we visited late in 2013.  By then the company was already implementing some results from their R&D group where they tested bio-floc technologies and high-density stocking of PLs in a small-scale facility.  The first batches of shrimp were coming out and the results were impressive.

Although it was not possible to get completely rid of the WSV its development in the shrimp was slow and very limited, with no impact on growth and quality of the final product.  In fact the success of the protocols tested was so great that soon the company started beating all-time records of productivity.  Typical values back in 2013 were in the range of 4-5 tons/ha and soon they reached 15 tons/ha.  If you visit the company’s web site (www.camanor.com.br) you can see the latest productivity record is now at 45.6 tons/ha.

Camanor’s R&D group has also worked on what was then a plan B, the establishment of a hatchery for marine fish species that could allow the company to start growing fish.  When I visited I saw cobia broodstock and they had already closed the cycle for production of cobia fry in a project run in collaboration with the shrimp hatchery AquaTech that is closely linked to Camanor.

As we can see from the above examples in-house R&D can be an expensive burden to a company and discarded as soon as the market squeezes profits; however it can also be an asset so valuable that the whole business depends on it for survival.

In the example above from Camanor the product of the R&D department was so significant that today they branded it as ‘AquaScience’, a concept that won the Global Aquaculture Alliance’s 2015 Innovation and Leadership Award.

The thin line that separates Asset from Liability in R&D has to do with the link to the company’s problems; the match between findings and the company’s competences to implement them.  If you get these two right then your R&D department will be a significant asset in your company giving it the competitive advantage to stay ahead of the pack.

Diogo Thomaz, PhD, MBA, is a Technical and Business Consultant for the Aquaculture Industry, based in Athens, Greece. After 15 years as R&D project manager and other industry positions he now leads Aquanetix (www.aquanetix.co.uk), a data management and reporting service for the global aquaculture industry.  He also heads RealSales Ltd (www.realsales.eu) a sales consultancy company that helps businesses expand their opportunities in export markets.  He can be contacted by email on diogo@aquanetix.co.uk