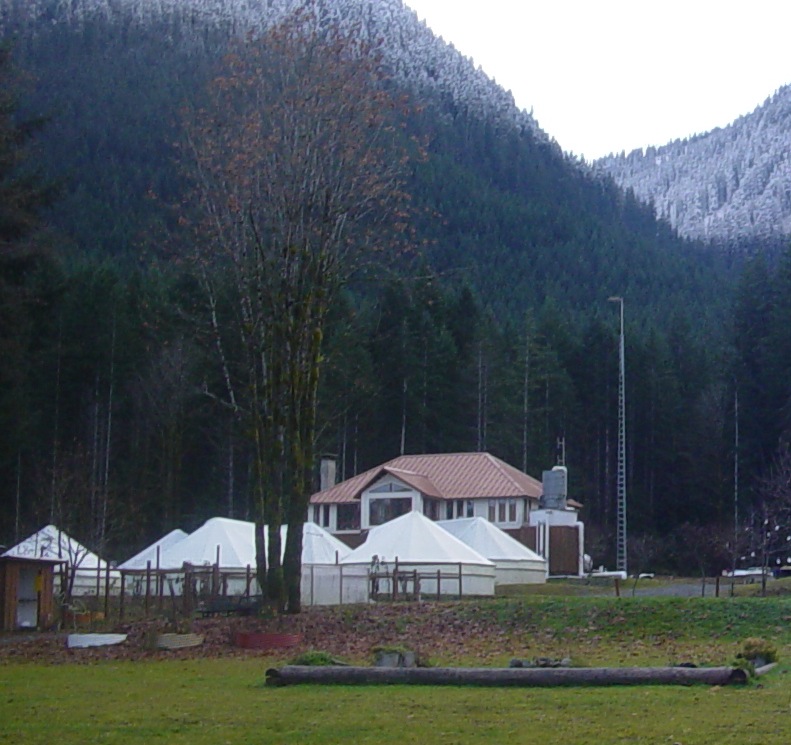 Carol Schmitt has been working with chinook salmon at Omega Pacific hatchery on Great Central Lake in Canada for the past three decades. During that time she has applied her knowledge to help improve the ocean survival and return rates of chinook salmon in the region’s rivers.

The guidelines she has learned to follow are slightly different from those followed by the country’s federal Department of Fisheries and Ocean (DFO) and it took a while for the agency to agree to try her methods. But a few years ago Schmitt managed to get the okay to grow fish for three ongoing enhancement projects, one of which continues into its fourth year. And just a few weeks ago she got the go-ahead once again to test her methods on DFO stock.

“The most important objective,” she says, “is to grow chinook for three rivers in a region for five years, which would be one complete life cycle.” This would demonstrate the long-term benefits and effectiveness of a particular enhancement program.

Previous trials conducted by DFO showed that many of the fish returning were too young with many immature males.

In Schmitt’s opinion, the main reasons for the “failure” of the DFO trials were two-fold:

“The first few trials grew the chinook to 40 gram average,” she says. “By comparison wild S1 smolts are 2.2 to 5 grams in size. By growing the fish so much larger, it shifts the ocean maturation dynamics, resulting in a larger number of jacks – early maturing males – and smaller females, due to the females only spending three years in the ocean versus four.” Other trials released the fish as S1s at 15 to 20g – still “too large.” in her opinion.

“The second, big problem was the prevalence of Bacterial Kidney Disease (BKD) [in the hatchery fish used in the DFO trials],” said Schmitt.

BKD is in all populations of Pacific salmon and is passed (vertically) from adult to offspring and (horizontally) between offspring, causing death before the salmon reach the adult stage.

A husbandry approach addressing all aspects of the freshwater phase, from adult spawning, to egg incubation, to rearing, would help achieve quality, pathogen-free fish.

For example, earthen and cement ponds, while cheaper, are impossible to disinfect and have suspension in them during the rearing program, which can negatively affect the fish.

“A large number of wild stocks have become extinct, (and) rivers which once had large chinook populations have zero returning now,” she said. “There are also hundreds of other streams with only “a handful” of 10 to 100 adult Chinooks returning to them.” The long term trend for chinook shows a continuing decline, with current ocean survivals for chinook released from DFO Hatcheries – .2 to .5%

In the meantime, she said, DFO continues to stick with its chinook enhancement methods using exclusively their S0 smolts on Vancouver Island, releasing 20 million smolts a year.

Schmitt says this has proven to be “ineffective,” and by taking “the last few adult broodstock from streams with low numbers” and growing them using the “fast” S0 smolt-release system – “it’s actually accelerating the decline.”

On the Nahmint River, for example, she said, most-recent enhancement releases of 60,000 juvenile hatchery chinook, according to DFO figures, will produce a spawning return of just .08% (based on the previous thirty-two years enhancement record). This equates to a total of just eight females a year over three years that will return.

Schmitt contends that had the department used a “proper S1” system of the kind she espouses, the worst would have been a 3% ocean survival rate, and, given a 30% at-sea exploitation rate, the 60,000 fish being released could see as many as 210 females a year over each of those three years.

These numbers would be much higher with a 12% survival and return rate, which Schmitt believes is fully achievable using her protocols.

Now Schmitt has been given an opportunity to begin demonstrating the efficacy of her program. She recently received the green light from DFO to release 65,000 chinook S1 yearlings into Vancouver Island’s Arden Creek. The fish were trucked from the Omega Pacific hatchery and successfully released on July 11. All told 1219 kgs of fish were released at an average of 18.1g each, for an estimated total of 67,359 fish.

All of the fish, she emphasized, were “grown in such a fashion that we will not have early jacks (immature males) but instead should see some larger, older adult returns.”