Features Recirc
How climate change is affecting RAS in hatcheries

You don’t have to be Einstein to realize that hatchery production underwrites aquaculture. Without reliable sources of seedstock, the supply chain of aquaculture products would have more gaps than a politician’s promise. 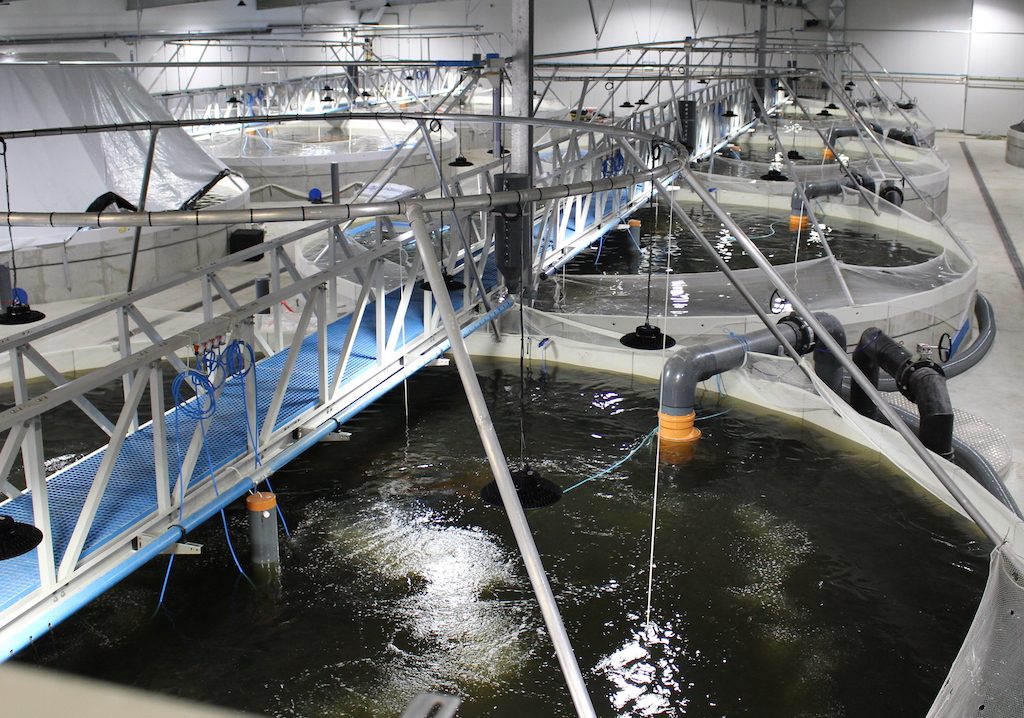 And while the cause of global warming is still a political football, the outcomes are irrefutable. Climatic instability is a reality. The operative word is instability.

The hot and the cold

While monitoring points are recording their highest temperatures ever – the five hottest years recorded since records were first kept in the 1800s have been in this century – there’s a new factor in play. Last February Canada set new records for both maximum and minimum temperatures. On the third of the month, Toronto ‘basked’ in 16°C sunshine. Ten days later the mercury had plummeted to -14°C, both new records for those dates The town of Beatrice, in the Muskoka area 200 km north of Toronto, also set three new records – in just 10 days. True, neither Toronto nor Beatrice are seedstock producing centres of the aquaculture industry, but the phenomena should be noted for the extremes they represent.

The new factor in climatic impact on our activities is that we appear to be entering a solar minimum. NASA observations have revealed a period of zero sunspot activity; the sun had lost its spots. Meteorologist and renowned sun-watcher, Paul Dorian, recently said: “For the second time this month (June) the Sun has gone completely blank (sunspot-free). [This] is a sign that the next solar minimum is approaching and there will be an increasing number of sunspot-free days over the next few years. He added that the duration of the blankness will stretch and could last for months at the nadir of the cycle, which is expected around 2019 or 2020.”

These phenomena are cyclical and have been given a name: the Maunder Minimum Phase. A well-documented Maunder Minimum began in 1645 and is referred to as “The Little Ice Age.” It lasted for a pitiless 70 years, in which time the river Thames in England, and other important otherwise ice-free waterways, froze over on several occasions. A shorter, and slightly less intense cooling period ran from 1790 to 1830.

Where does this leave our industry? On one hand we have greenhouse gases firing up a blowtorch; on the other we have reduced solar activity turning the air conditioning down to zero. It’s safe to say we need to climate-proof the industry in some way.

Naturally, the most obvious candidate for our attention is the hatchery sector. Young fish are just not able to cope with temperature extremes in both range and volatility. Nor is hatchery management able to predict, other than their inevitability, when they will occur. The answer is two-fold, and neither comes without cost.

The first step is immediately available: moving both hatchery and nursery sectors into recirculation systems. RAS technology has come a long way over the last quarter century. Systems have been streamlined and their efficiency boosted. Operating costs per unit of production, and reliability, have made them the operating system of choice in many hatchery sectors, when compared with open systems that rely on seasonal spawning and plankton-pond larval rearing, Being able to condition broodstock and raise larvae year-round has given hatchery operators greater control of stocking timetables.

In Australia, most barramundi seed-stock production is now done in closed systems, and has been for quite some time. The salmon sector in Tasmania has even moved its smolt production indoors, and doubled the average size of the fish put to sea – from 100g to 200g.

Both prawns and molluscs are produced on-shore, some in RAS and some in flow-through systems. Ocean acidification is a by-product of atmospheric CO2 increases, and is a potential hazard for any animal that has its skeletal structure exposed to critically dangerous pH levels.

While this discussion focusses on hatchery production, it should be noted that farm operators are faced with the same adverse conditions in their open systems. Already steps are afoot to build salmon farms in underutilized cargo vessels using deep sea flow-through operations. Farming them in RASs can’t be too far off.

The move to recirculation technology by the Tasmanian salmon sector was done in the nick of time. Hatcheries there were originally located downstream from hydro power stations for a reliable supply of water, but 2015-16 brought an El Niño-caused drought in the Southern Pacific, and before the change to La Niña conditions Tasmanian water storage was down to 12%. Water was so scarce that the power companies were producing electricity with diesel generators! The last of the salmon hatchery and smolt production facilities changed to closed systems over that period.

At first glance, the move to closed systems appears to be a defensive position, but it’s actually worked very much in the favour of the sectors that have made the switch. The move indoors in the salmon sector is global, and some hatcheries are growing smolt out to 600g. This allows them to stock more robust fish into open water sea-cages: fish that are better able to cope with the rigours of capricious and extreme weather patterns.

The added bonus that has come with this undeniably costly shift has been the power that greater control over outcomes has given the industry. Genetic selection is at the front line of climate-proofing the fish we farm. With genetic selection targeted beyond growth and feed efficiency, program managers have been able to test for greater temperature tolerance and disease resistance.

In the face of climatic change the hatchery sector, entrusted with reliably supplying seedstock to an expanding growout sector, will have to consider the strategic move to the bio-secure and temperature-controlled advantages that recirculation technology offers.

Without doubt, the efficiency of 21st century RAS technology will be an invaluable weapon for an industry under siege. Water use is minimized, organics in suspension are captured for use as fertilizer, and water is denitrified anaerobically before being sterilized and re-cycled.