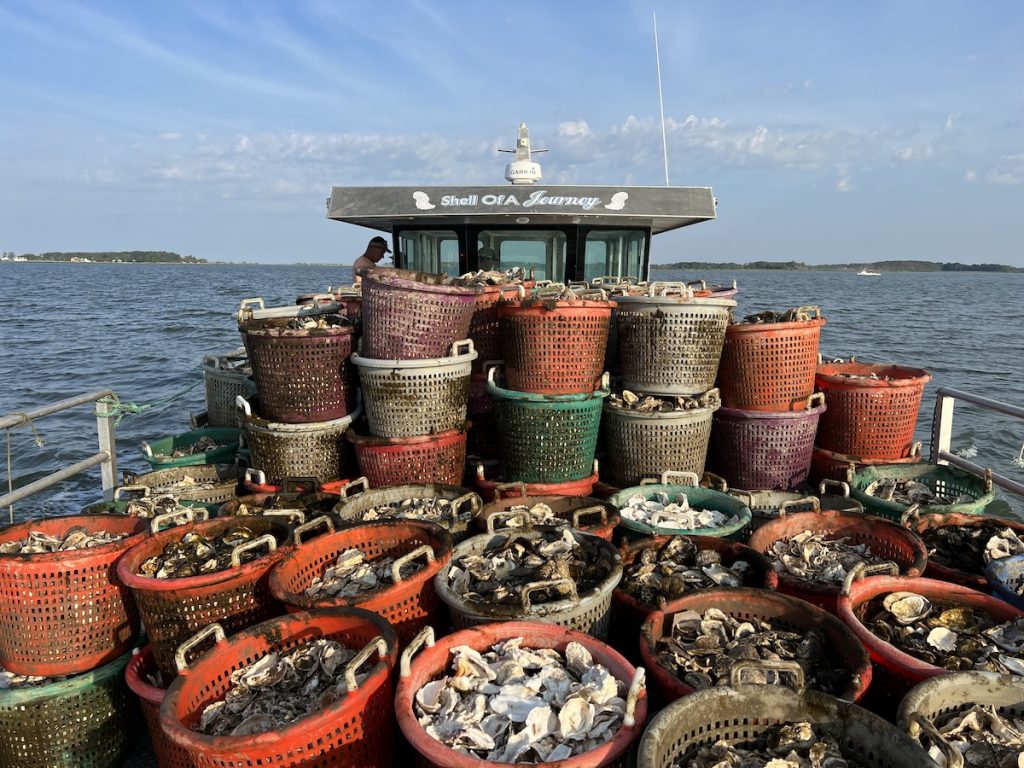 Hoopers Island Oyster Co. is on a mission to restore reefs in the Chesapeake Bay.

The company announced that it has launched a new oyster restoration division, that works with environmental organizations and watermen associations to plant spat-on-shell on reefs in the Chesapeake Bay and its tributaries.

“We’re excited to launch this fourth division within the company to work with conservation organizations and watermen to provide oysters for both restoration projects and future fisheries,” said Owner Ricky Fitzhugh in a press release. “The restoration division expands our capabilities to now grow and plant oysters for uses beyond aquaculture farming.”

Using triploid oysters raised at the Hoopers Island hatchery, the company has placed more than 45 million spat-on-shell at the Middle Ground and Stump Point oyster bars off Roaring Point in Wicomico County, Maryland. The restoration project was for the Wicomico County Watermen’s Association through a contract with the Maryland Department of Natural Resources (DNR) and managed by the Oyster Recovery Partnership (ORP).

In addition, the company floated 10 million spat-on-shell diploid oysters raised at Horn Point Laboratory and the Hoopers hatchery and planted them at Evans Reserve off Dames Quarter in Somerset County, Maryland. The project was for the Somerset County Watermen’s Association through a contract with DNR and managed by ORP. Evans Reserve is closed for public harvest until oyster populations rebound.

Hoopers restoration projects are performed from a 56-foot aluminum work barge named, Shell of Journey. Spat-on-shell is floated from containers or is washed over from a low-pressure water cannon mounted to the barge deck. The boat is based at the company oyster farm and nursery at Hoopers Island, Maryland and is also available for site surveys and tours on both the eastern and western shores of the Chesapeake Bay.