Meaningful progress in operational efficiencies and technologies in the hatchery sector have contributed significantly to the overall growth of the aquaculture industry. Here’s a look at how far it has come. 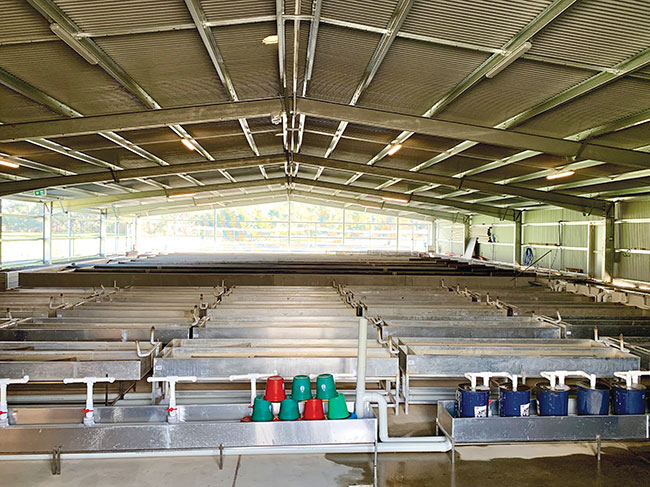 Hatchery operations have significantly changed for the better over the last 20 years. The less efficient, water-intensive equipment of the past have been replaced by more modern, sustainable systems built on technology that provides higher efficiency, using less water and are able to yield higher and more predictable production results.

As Hatchery International celebrates 20 years of covering the aquaculture industry’s hatchery sector, we look back to the last couple of decades to examine the developments and progress that have transpired in hatchery operations around the world, and the impact they have made in the global aquaculture industry. We speak to industry veterans and experts for their views on how far this industry has come.

No doubt, one of the most transformative developments in hatcheries have to do with advancements in recirculating aquaculture systems (RAS). This technology is not new to hatchery operators. In fact, the technology has been deployed in hatcheries as far back as the 1980s.

“The emergence of recirculating systems, as a practical and functional (alternative) – it really impressed me rather than surprised me,” says John Nickum, an aquaculture industry veteran. “The emergence of recirculating systems and the idea of having land-based salmon, in particular, and land-based saltwater systems is one of the things that changed markedly in the last 20 years.

Now retired and living in Arizona, U.S.A., Nickum was actively involved in the aquaculture industry for more than 40 years. For 10 years, he was the national-international fish health and aquaculture coordinator for the U.S. Fish and Wildlife Services of the Department of the Interior in Washington, D.C.

Through the years, Nickum has seen a lot of changes in the aquaculture industry, but one particular thing he feels has not changed is the misinformation that fish farms are introducing diseases to the wild population.

“It’s interesting that that claim still goes on,” Nickum says. “The people that are opposed to fish farming in the commons basically will weed as many arguments as they can. That kind of opposition is still going on today.”

Salmon hatcheries
Mark Hambrook, manager of Canada’s oldest salmon hatchery, the Miramichi Salmon Conservation Centre in New Brunswick, Canada, has seen many changes in hatchery operations first hand, as the centre changed from being part of a network of federally funded hatcheries to a private hatchery operated by the local community.

The biggest single change during that time in his view: the use of oxygen and venting carbon dioxide.

“You can do so much more,” says Hambrook. “It can be a little bit pricey but in the overall operation, it doesn’t cost hardly anything. That made a big change – you can use less water and recirculate. If you didn’t supplement with oxygen, you couldn’t do any of that.”

Feed advancements are a close second. Hambrook notes that years ago, there was only one shipment of food a year that came from the United States via rail car. The feeds were then distributed to all the hatcheries in their network.

“The food was crap,” recalls Hambrook. “Hexamita issues and poor nutrition would manifest themselves in unfit fish and fish that are susceptible to disease.

“Having good food eliminates a lot of your problems. Good water quality, good food. You don’t have near the issues today as we used to have.”

Hambrook also notes that with advances in technology, hatchery staff must receive more specialized training in order to effectively utilize these state-of-the-art equipment.

Shellfish
On the shellfish side, Don “Mutt” Merrit has been working in oyster hatcheries in the U.S. since 1973, and has been a fixture at the University of Maryland’s Horn Point Oyster Hatchery for many years.

In Merrit’s view, one of the difficult things about looking at oyster hatcheries from an overall perspective is how varied the conditions are at hatcheries for different species and different sites.

But technological advances have made a huge impact on the industry, he points out. At Horn Point hatchery, in particular, Merrit says they have developed an algae feeding system that has been a huge benefit to production.

“When you’re doing something like oysters, which thrive in an estuary that is constantly changing, being able to negate the major swings in water quality, temperature and salinity really has helped,” says Merrit. “Filtration, sterilization techniques – we use ozone to sterilize water, we use a variety of filters. Most of that stuff was not around 20 years ago, or if it was it was in its infancy.”

Breeding and genetics
Changes in breeding, genetics, technology and control over environmental parameters have been the most significant developments in the hatchery sector over the last two decades, says Neil Manchester, managing director of Hendrix Genetics Aquaculture, based in the Netherlands.

“We’ve become much more consistent producers of eggs, fry and smolts than was previously possible when we were having to cope with so much more variability of water temperatures, quality and so on,” he says.

“This is thanks largely to the development of modern RAS systems which are so much more reliable today than when they first appeared. It has only been in the last five to six years, in fact, that RAS has gained such reliability, but it’s here now and will continue to grow and develop.”

Looking back to the late 1990s, when he was part of the senior management team at Landcatch, the pioneering Scottish salmon breeding unit which was taken over by Hendrix in 2011, Manchester is still proud of the industry-leading quality of what the unit has achieved, especially without the technology that exists today.

“Automation developments, such as they apply to pumping, grading and vaccinating, for example, have allowed us all to create modern welfare-friendly systems that are highly efficient and cost-effective,” he says. “They’ve also freed the many excellent stockmen and women in our industry to concentrate on the fish under their care, rather than the workload and processes which used to dominate their time.”

Manchester is also encouraged that the salmon sector’s hatchery advances of the past 20 years are now being taken on and customized for other species.

“This could be the next quantum leap,” he notes. “The big difference this time is that while salmon hatcheries took fully two decades to work through their changes, new species will be able to do the same in no more than two to three years, thanks to our developmental experience.”

Rise of RAS
It’s the productive scale of the hatchery sector that has changed most over the last 20 years, according to Ove Martin Grøntvedt, who spent his entire working life in fish farming and whose family was among the earlier pioneers of the industry in Norway.

“We started out with hatcheries producing 200,000 smolts, then 500,000 and then, by around (the year) 2000, we were up to five million,” he said. “There are now plenty of sites producing 20 million, of course, and the good news is that they’re doing it with less water intake than the old 2-million units needed.”

Currently working as a fish health specialist with Salmar, one of the world’s largest farmed salmon producers, Grøntvedt believes the big game-changer was the development of good recirculation systems.

“RAS has given us control over water quality in a way that wasn’t possible 20 years ago,” he says. “As a result, it’s become far easier to produce a smolt than it used to be. We know exactly when to start feeding and also when to grade and vaccinate.

“There’s also been a big change in terms of planned delivery dates. We used to know the month when smolt delivery would be possible while now we can almost set an individual delivery day.”

Like Grøntvedt, industry sources interviewed for this article agree that improvements in RAS technologies over the years have opened up significant opportunities for the various sectors of aquaculture. The ability to control the rearing environments for fish and other species, and the sustainability promise of re-using resources have made RAS virtually a catalyst for advancements in the industry.

Beginnings
Hatchery International also traces its roots to the developments happening in RAS in the late 1990s. Under its original name, Recirc Today, the publication’s founder Peter Chettleburgh saw an emerging market then and decided to launch a new resource to cover developments in this up-and-coming technology that promises improved efficiencies for hatchery operations.

“Hatchery International was a natural evolution of the company’s aquaculture magazine (then called Northern Aquaculture). It was readily apparent that the specialized technology and processes involved in the hatchery sector could best be served by its own publication,” Chettleburgh says.

“The industry has come a long way in the last 30 years, but it’s got a long way to go before it can be characterized as a truly mature industry.”

AT A GLANCE
Founded in 1971, the Institute of Aquaculture at the University of Stirling in Scotland is the largest of its kind in the world, providing high-quality research and technology development for the industry.

Asked for his take on the hatchery sector’s biggest changes over the last 20 years, Alastair McPhee, aquaculture facility manager at the Institute, summarized his views in the following seven-point list: