Non-profit hatcheries rely on donation of time and money by the community at large to keep their operations running. 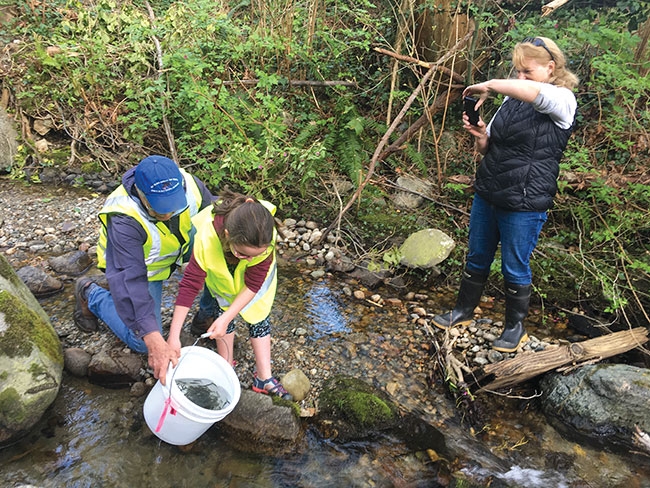 Volunteers Non-profit hatcheries rely on donation of time and money by the community at large to keep their operations running.

How do non-profits attract and maintain volunteers and community support? Hatchery International spoke with representatives from three non-profit hatcheries to find out the best ways to engage volunteers and make connections with their communities.

People power
The Mossom Creek Hatchery in Port Moody, BC, Canada, raises three species of salmon in an attempt to restore the Mossom Creek Watershed. It also acts as a center for nature education for schools and the public. Director and co-founder Ruth Foster says the hatchery is 100 per cent volunteer-run with occasional exceptions, such as an interpreter to work with school programs. Their volunteers show a great deal of passion regardless of age or circumstances.

“We use a lot of gray power, if you will – retired people,” says Foster. “But we have a range of volunteers of all ages. One of our best volunteers is an 11-year old young woman, a girl who we’re calling the assistant hatchery manager. She has learned so much so rapidly and is so capable with so many things, including things like adipose fin clipping, that we can trust her to do practically anything.”

The Toboggan Creek Hatchery near Smithers, BC, began as a community hatchery pilot project and over time started doing enhancement work. Today, a significant portion of its work involves raising, tagging and releasing Coho (Oncorhynchus kisutch) to take return numbers, which inform Department of Fisheries and Oceans (DFO) management decisions. Hatchery manager Kris Bulloch says a small paid staff performs most of the technical work, with a number of volunteers performing support and labor tasks. This year, they used many volunteers for fish releasing.

“People love doing that kind of stuff,” says Bulloch. “They come in the morning and they help net up the fish and they help make sure that they’re doing good in their transfer tank. They help count, they take pictures. If we didn’t get volunteer help, I don’t know if there would be a future in this hatchery.”

The DC Booth Historic National Fish Hatchery and Achieves in Spearfish, South Dakota, is a different circumstance – while the hatchery stocks fish for a variety of Native American reservations in the region, the volunteers are only used to interact with visitors on the hatchery grounds, museum and other attractions. But other non-profits could potentially learn something from the make-up of their volunteer staff.

“Most of our volunteers are what we term as travelling RV volunteers,” says Karen Holzer, executive director of the Booth Society non-profit group. “They volunteer at hatcheries, national parks, and camp grounds all over the United States. We’re just one of their stops. Several of our volunteers do not have a residence, they’ve sold their home and they live in their RV. They’re seeing the country and they come for one or two seasons and they’re moving on to see something else.”

Recruitment and retention
If your hatchery is in a picturesque location where people would enjoy spending their time, you can use that as a way to attract volunteers, such as DC Booth’s RV volunteers. However, another key lies in the very nature of the non-profit. The operation is being run as a non-profit because someone believes the work is of significant importance – you simply need to communicate that to the public.

“Social media is a good way to go about it,” says Bulloch. “And we have open houses and we try to solicit volunteers at those places, just to let people know, ‘hey, if you want to help, then we are a good conduit for you.’”

Once volunteers are on board, turnover is inevitable, but keeping them engaged and feeling like their work is valuable and they are part of a community is key toward retention.

“We care about them and they care about each other,” says Foster. “We’re celebrating our hatchery manager’s 70th birthday next week with a very big party. Some of them are people who live alone, and it’s socially important to many people to belong. This is one way to belong in your community and feel like you’re doing something that is worthwhile.”

Engaging with the community
Another essential step for making non-profit work is to engage with the local community, including businesses, associations and governments. If they are not swayed by the important work the hatchery is doing, perhaps they’re looking to earn goodwill in the community through charitable acts.

Foster says companies such as Lafarge Canada donated significant amount of materials, time and labor into the construction of the hatchery. The International Union of Operating Engineers uses some of the hatchery ground for training and, in exchange, built a new road to the hatchery.

“We’re very fortunate to have the community support that we have,” says Holzer. “One of the major things that make our RV volunteer program work is that we have a partnership with the City of Spearfish and their campground, and they provide ten campground sites for our volunteers. So, while they’re not compensated with money, they have a place to pull in and stay that’s free of charge.”

It is also important to explore what funding sources may be available through different levels of government and organizations. Both Mossom Creek and Toboggan Creek have benefitted from grants by the Pacific Salmon Foundation.

Both Canadian hatcheries also spoke highly of DFO’s community advisors, who can provide a great deal of support for non-profits, from sharing technical knowledge with staff to assisting with community engagement efforts.