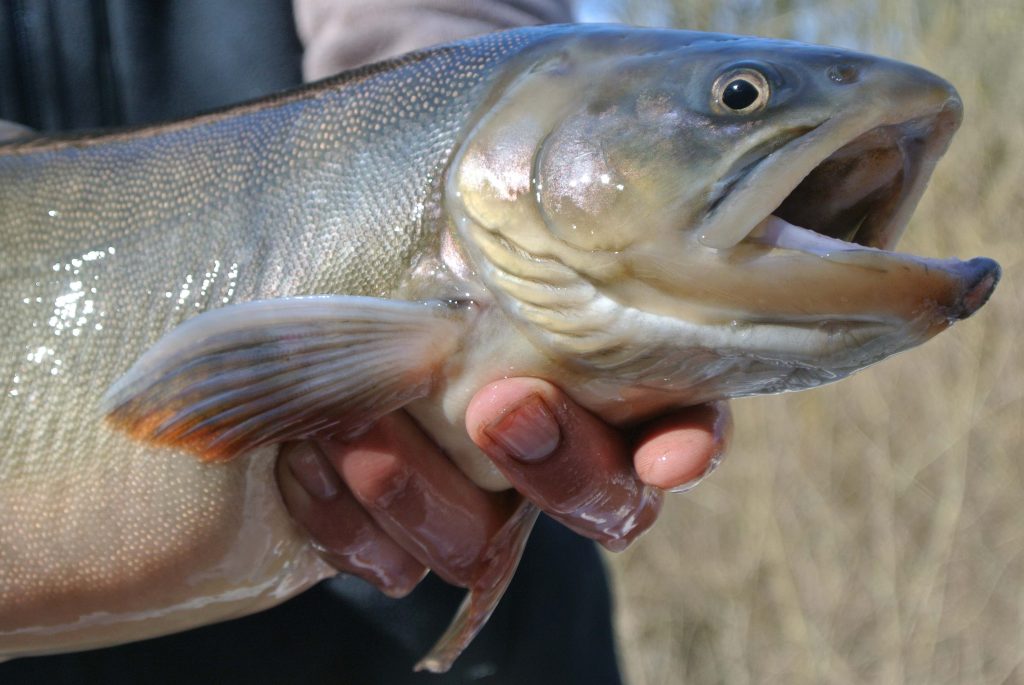 The Ennerdale strain of Arctic Charr spawns in only one stream of Ennerdale Lake Fears that one of the United Kingdom’s rarest fish species could become extinct prompts Britain’s Environment Agency to introduce a hatchery-based rescue program.

There are fears that one of the United Kingdom’s rarest fish species could become extinct in the near future. And it’s with this in mind that Britain’s Environment Agency has put together a hatchery-based rescue program at Kielder Water in Northumberland for the depressed strain of Arctic charr from Enerdale Water in the English Lake District National park.

Ennerdale is the most westerly lake in Cumbria’s national park and it’s one of the smallest, with a maximum depth of 45 metres, just a kilometre to 1.8 km wide and just under 4 kms long and it only has one stream where the lake’s heavily endangered strain of Arctic charr spawn.

Kielder Water, on the other hand, is the largest man-made lake in northern Europe, with a shoreline that stretches 44.3 kilometres, and a hatchery run by the Environment Agency that allows it to be used as part of a so-called “Ark project” to attempt a rescue of the remaining stock of the special charr.

Hatchery manager Richard Bond told this publication that at Ennerdale, surrounding pine and spruce woodland is having a negative effect on the lake by increasing the acidity of the water. He noted that acidity penetrates into the eggs which are unable to hatch as a result. That caused the population to plummet.

He said that as a result a “re-wilding” program is underway through a different agency, which is moving the acid-dropping pines farther back from the water’s edge. But it’s expected to be many years before those long-term changes have an effect from the fish’s point of view.

In the meantime some 10,000 juvenile Arctic charr are slated to be released into Kielder Water to grow and gradually establish stocks there.

The stocks are currently being reared at the Environment Agency’s Kielder hatchery facilities, and their release into the lake is facilitated by an agreement with Northumbrian Water, the agency responsible for Kielder Water.

The release program got off to a modest start earlier this year when 48 of the special strain of fish were taken directly from the Lake District to Kielder Water and put into the reservoir there. It’s hoped they will make use of any of four small streams that feed into the reservoir for spawning.

Bond said the EA has been working on the special Ennerdale strain since 2006 though and has had some success with hatching and rearing the fish in the Kielder hatchery.

He said officials take milt and ova from fish in Ennerdale’s Lisa River, bring them back to the hatchery and fertilize the eggs, using specially designed methods to maximize the bio-diversity and genetic mix of the remaining stocks.

Related
Optimizing your oxygen
US researchers experiment with charr-trout hybrid