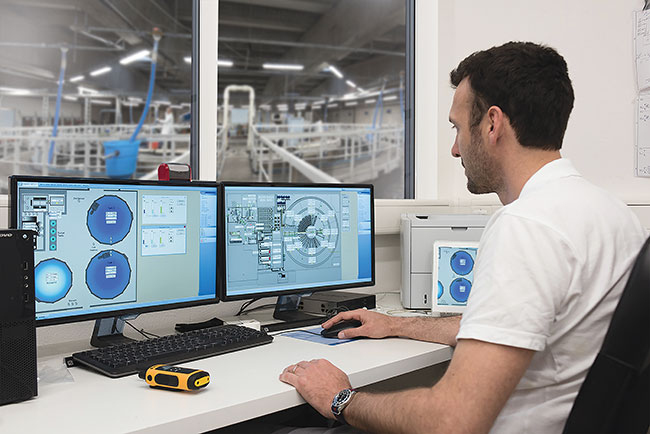 Advances in automation and better control systems have been one of the most significant developments in the hatchery sector over the last 20 years. (Photo: Veolia)

Editor’s Note: John Mosig is the Australian correspondent of Hatchery International and has been writing about the aquaculture industry since the 1990s. We asked John to offer his observations of the developments in the hatchery sector over the last 20 years.

Advances in the hatchery sector over the last 20 years have been significant and have hugely influenced parallel changes in the aquaculture industry overall.

Increased hatchery capacity and reliability have been drivers for farming productivity and profitability, bringing capital and management and marketing sophistication into the industry on a global scale. Always destined to replace the wild catch sector as the primary source of seafood to the planet’s ever-growing population, the changes in hatchery technology and productivity have underwritten the extraordinary year-on-year growth of aquaculture around the world.

The sector’s improvements have fallen into three significant areas, each of them crucial in their own way.

Firstly, there have been huge advancements in recirculation technology, which allowed broodstock to be held in closed conditions that can be manipulated to exploit and expand seedstock output of several serial breeders. One that comes to mind is barramundi (Lates calcarifer). This species’ serial breeding biology and high fecundity, under controlled conditions, can produce prodigious numbers of fry. A 20-kilogram female can spawn 20 million eggs and can be used up to six times a year. While this has always been the case – and hatcheries of 20 years ago exploited the opportunity as the season allowed – it wasn’t until the installation of hi-tech RAS that hatcheries were able to manipulate photoperiod and temperature regimes and began producing seedstock on an industrial scale.

In the case of salmonids, RAS has allowed hatcheries to control the incubation period, which in turn enabled farm stocking over more seasonally ideal timetables.

Incidental to this, hatcheries have used RAS technology in nurseries to grow juveniles to larger smolt sizes. This maximization of genetic potential under 24/7 optimum conditions, has proven to be extremely profitable for hatcheries and allows growers to release a more robust smolt into their grow-out facilities, as well as increase their overall tonnage from the same capital outlay.

Secondly, having greater control over breeding cycles has enabled genetic marking and family-line breeding programs to be developed. This is not inexpensive research, in terms of both funding and time. However, it has been a well-placed investment, resulting in increases in growth, feed conversion efficiency, fillet weights and the narrowing of the bell curve. These hatchery research programs have made a significant impact to the overall growth of the aquaculture industry.

The third major difference a time traveller from the 20th century would notice in the 2019 hatchery environment is the automation and degree of refinement in so many of the operational stages. This has been by degree, but as capital expenditure was justified, the step into the modern world was huge. With decades of experience to draw from, hatcheries that were developed piecemeal over the years have been replaced with ergonomically designed and atmosphere-controlled industrial sites, reliably turning out high quality seedstock in huge numbers.

The changes in the way shellfish seedstock is produced over the last 20 odd years have been nothing short of revolutionary, and has been the driving force behind the growth of that seafood sector. The incorporation of hatchery-based spawning technology has taken the industry from reliance on natural spat settlement – something that is becoming ever more precarious as changing climatic conditions impacted oceanic conditions – to one that can now determine when it stocks its leases, giving them optimum growing conditions; and to stock them with genetically-improved seedstock. These options are giving farmers better growth rates and improved meat weights.

Aquaculture, as the last hunter-gatherer to come in from the cold, has been able to compress a hundred years of intensive terrestrial animal protein production into less than half that time. With advances in biological understanding, water chemistry management and investment in quantities of scale over the last two decades, the hatchery sector has become the foundation stone upon which the modern aquaculture industry is built.

As a footnote, this writer started breeding Murray cod (Maccullochella peelii peelii) and callop (Macquaria ambigua) in a converted shearing shed in 1980, injecting powdered carp pituitary glands as an inducement agent. We caught and extracted the pituitary glands ourselves.

Fish hatcheries and hatchery technology have come a long, long way from there.