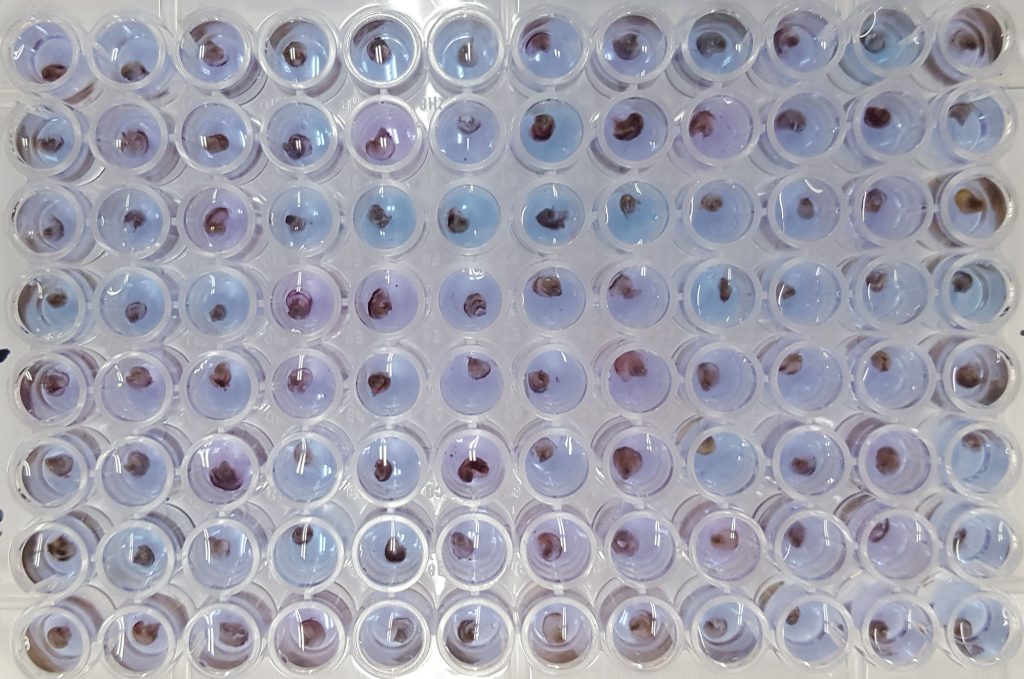 Measuring the metabolic rate of eggs or embryonic fish is being used successfully by US start-up, GenetiRate, to identify top performing individuals with greatly improved growth rates and feed efficiency.

The company, a spin-off from the University of Arizona, says its egg-sorting technology is delivering growth rate gains of 25 to 30 percent in trials carried out by several industry partners.

That same metabolic testing process is yielding a five percent gain in feed efficiency rates, the company added, giving fish farmers the ultimate combination of better growth at less cost than would otherwise be available.

Presenting his company’s research and development findings at Aquaculture Innovation Europe in London in early September, GenetiRate’s president and founder, Dr. Benjamin Renquist, said that while producers had obviously been able to select breeding stock for improved growth rate in the past, the new egg-sorting process is allowing farmers to select for feed efficiency for the first time.

“In finfish species, our results to date, based on work with tilapia, trout and zebrafish, indicate an improvement of 25 to 30 percent in growth rates,” said Renquist. “Trials with molluscs, meanwhile, show the potential for much larger growth improvements; up to three times current rates in some cases, provided there are no other limiting factors.”

Addressing industry leaders at the London conference, where GenetiRate was featured as one of 13 innovation award contenders, Renquist explained that a female salmon selected based on his technology would deliver a production cycle value in excess of US$11,000 more than a salmon selected through other means. His calculation was based on selecting the top 10 percent of broodstock, to which he applied a 25-percent improvement in growth and a five per cent improvement in feed efficiency.

For producers, his value calculation was applied to using only the best 50 percent of eggs. In that situation, he claimed, a “GenetiRated egg,” selected for its ability to deliver a 25-percent growth improvement, would be worth US$1.12 more than a non-GenetiRated egg.

Turning science into on-farm value for hatcheries and farmers, meanwhile, involves sorting ova and spat according to their respective metabolic rates, while also proving that the promise of 25 percent more growth and five percent better feed efficiency is achievable under full commercial conditions.

While still young as a company, GenetiRate is already trialling its discoveries with Hendrix Genetics, Hawaiian shellfish and others. The company also has big ambitions for further development over the next few years.

Current projections for 2019 include the completion of paid trials with more than six large salmonid-focused producers, raising $250,000 in revenue in the process. Such projects are subject to a money-back guarantee if at least five per cent improvement in growth isn’t achieved.

The company is aiming to achieve US$1 million in sales for 2020, with a new market focus on tilapia.

This will be followed in 2021 by a US$5-million sales target and a new market focus on shrimp.

To hit these various goals, the company is currently working with the aquaculture accelerator, Hatch Blue, to secure an additional US$1 million in funding for business development and marketing and to expand the automation of its present process.

“Being able to present our technology to industry leaders in London was an extremely useful experience,” Renquist told Hatchery International. “Delegates obviously wanted to know what we are doing and how it all works. They were particularly interested, however, in the feed efficiency aspects of our process and how our growth improvement guarantee operates.

“Our objective in coming to London at this point in our development was to expand our trials in the UK and Europe and to explore new funding opportunities for our ongoing work. I believe we’ve been successful on each of these points as we’ve certainly identified new customers who want to run trials with us and help to take our technology to the next stage.

“For our part, we’re just excited to be working in the aquaculture industry with the potential of helping producers across many different species select for growth and feed efficiency. Anything which helps farmers to maximize the efficient use of one of their biggest cost items must be of value. And we’re confident that we’re well placed to have a significant impact in that respect.” 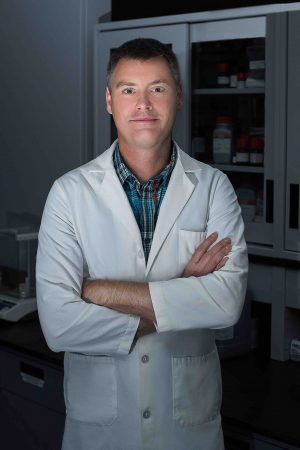 Dr. Benjamin Renquist is the inventor of the technology that is the backbone of GenetiRate. As founder and president of the company, he leads the ongoing research and development program.