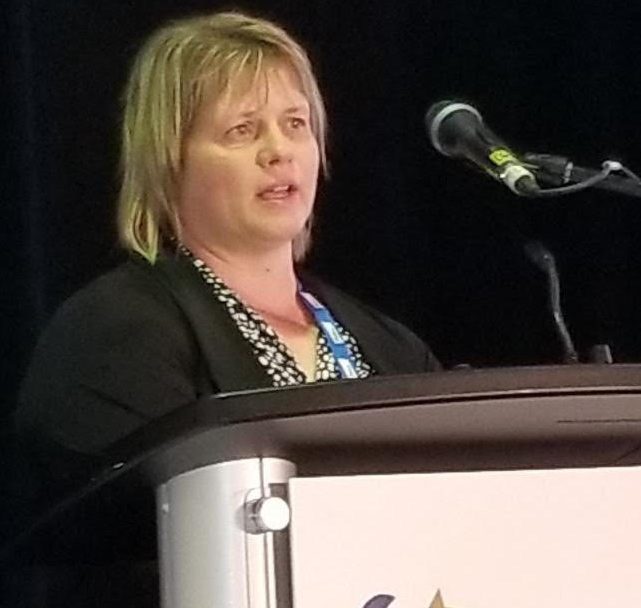 Candice Way, production manager of Grieg Newfoundland (NL), provided an update on the progress being made in Marystown and gave insight into the scope of the Atlantic salmon producer’s ambitious project during the Cold Harvest Conference held in St. John’s last September.

“They have a different way of approaching it. If any of you have ever been in a RAS system, there are a lot of pumps pushing the water through it. AquaMaof took the perspective as to why we would push water when we could have gravity working in our favour,” Way explained. She went further to describe the systems as almost 100 percent recirculation.

Grieg NL will also be taking a different approach with their salmon, Way said. “We won’t be holding any broodstock, so we will receive a CFIA [Canadian Food Inspection Agency] permit to import StofnFiskur eggs. They will be female, sterile, Atlantic salmon eggs that get shipped over from Iceland to our facility.”

With the construction of the three post-smolt facilities, Grieg NL also plans to rear its salmon longer on-land.

“Ordinarily once they get about 50 grams and are smoltified, many facilities take them to sea. We are holding them on land longer. So, we are doing a mix of not purely land-based right to plate, but we are going to hold them on land longer before they go to sea. What that allows us to do is actually have one winter at sea here in Newfoundland as opposed to two.”

Post-smolt salmon will be transferred to sea cages once they reach a minimum weight of 350 grams, but could remain on land until they are upwards of one kilogram. They will then spend another seven to 16 months at sea before they reach harvest weight.

While many of Grieg NL’s proposed sea cage operations in Placentia Bay are still undergoing environmental assessment, it appears its RAS facilities are full steam ahead.