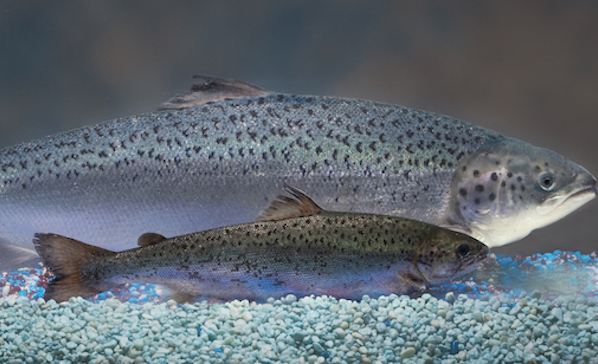 November 18, 2015… A day of remarkable progress, or a day that will live in infamy?  Most agricultural scientists and biological scientists consider the announcement made this day to be a major milestone in the advance of applied technology to the race between global food production and human populations.

However, an array of environmental interest groups and many of their allies in consumer protection NGOs (non-governmental organizations) consider the announcement made by the U.S. Food and Drug Administration (FDA) to be a complete abdication of the agency’s responsibility to the American public.

I count myself among the biological scientists who support FDA’s action: however, the majority of food safety NGOs, environmental activists, and consumer protection organizations appear to support the statement published the next day by Wenonah Hauter, EcoWatch, in which she stated that the FDA approval came, “despite insufficient safety testing and widespread opposition. This unfortunate, historic decision disregards the vast majority of consumers, many independent scientists, numerous members of Congress, and salmon growers around the world who have voiced strong opposition.”

Another consumer advocate used a slightly different attack, “Yesterday, the FDA approved the first ever genetically engineered food animal for market – a salmon cobbled together from the genes of different species. You’ll have no way of knowing if you’re buying real salmon, or this lab version, because FDA said it won’t require labeling.”

Whether or not Ms. Hauter and her compatriot mislead and exaggerate a bit, it’s clear that battle lines are being drawn.  The genetically engineered fish are not “cobbled together”, and they are real salmon.  In opposition to their statements, I suggest that FDA made rational decisions based on scientifically valid evidence.

Other than the ongoing political battles over climate change/global warming (atmospheric pollution), arguments about “genetically modified organisms” (GMOs) rank at, or very near, the top of biology-related political issues.  Issues that could be based on scientifically valid evidence and should not be political in nature have become intensely political.  Perhaps the root cause of these arguments lies in a lack of understanding genetics, human nutrition, and functional ecology.

Genetic engineering also results in a genetically modified organism; however, it does not result in “monsters”, or “Frankenfish”, as claimed by some of the more extreme NGOs.  Genetic engineering involves laboratory practices in which genetic material from one organism (often a different species) is inserted into the nucleus of an oocyte from another organism. (Note that the specific engineering techniques vary.)  As the resulting embryo develops, the newly implanted genetic material causes the organism to display the desired traits carried by the implanted genes.  The animal, or plant, is still the same species as its parents, but has one or more modified traits.

The possible effects of interactions between GMOs and their “naturally wild” counterparts have been particularly contentious, as exemplified by ongoing arguments about the effects of “hatchery fish” (propagated fish from State, Federal, or private hatcheries) on wild populations of the same species; or closely related species.  Approvals for the AquaBounty genetically engineered salmon limit production to land-based facilities in Canada and Panama.  They will not be reared in net pens.  The fish are also produced by techniques that result in sterile adult fish.  The possibility of escaped fish interacting with wild counterparts is virtually zero; never-the-less, proponents of the so-called “Precautionary Principle” continue to demand absolute containment.  Environmental and consumer advocates provide long lists of potential problems as reasons for banning the use of GMOs in any situation where they can become human food, or interact in any way with wild populations.

In addition to distrust of Federal regulators, another factor, distrust of pesticide manufacturers, especially Monsanto and Dow Chemical, is usually part of the most intense arguments… arguments that unfortunately do not distinguish between genetic engineering and genetic modification.  Monsanto and many seed producing companies, such as Pioneer, have engaged in genetic engineering to produce plants that withstand herbicide treatments, resist disease agents, survive weather extremes, produce higher yields, and contain desired nutrients that are absent in “natural” crops. The ability to withstand herbicide treatments certainly allows for greater use of these chemicals, which adds to Monsanto’s profit line; and becomes the focus of protests against Monsanto and GMOs, in general.

I suggest that salmon farmers and the aquaculture industry in general should not fear AquaBounty genetically engineered salmon.  If these fish find a niche in the consumer market, they will help aquaculture grow.  Much will depend on the specific rearing conditions, feed ingredients, and water quality, which remain the primary factors affecting flesh quality and flavor.

Before making rash statements, always ask yourself, “How do I know this?” “What is the evidence supporting my conclusions?”  I suggest that all of us are going to see a lot of fear mongering as individuals and organizations with “agendas” attempt to manipulate public opinion about genetically engineered salmon; and GMOs in general, through fear and anger.