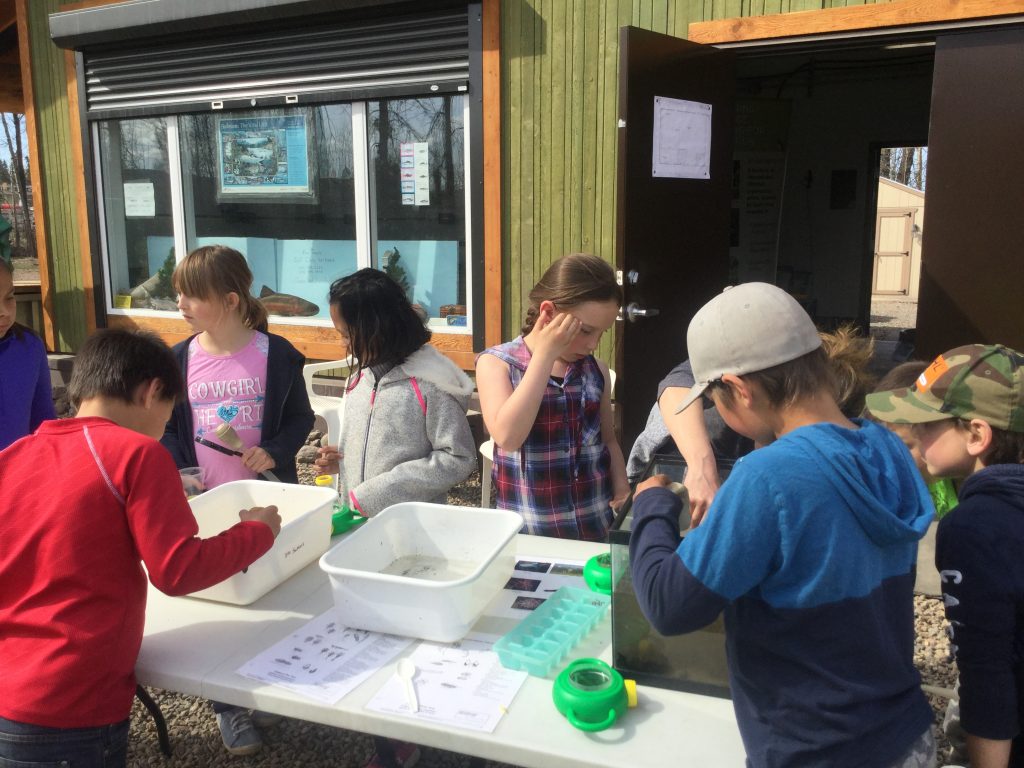 Students learn about salmon rearing at A Rocha’s hatchery on Buck Creek in British Columbia. A Rocha is currently fundraising to build a nature centre, which would provide many more educational opportunities.

The District of Houston council in British Columbia, Canada, has agreed to act as a financing conduit on behalf of A Rocha for a grant application that will be used to fund the installation of solar panels at its hatchery in Buck Creek, B.C.

A Rocha, an environmental stewardship organization, has applied to Farm Credit Canada’s (FCC) Agrispirit program for $25,000 for the installation of the solar power energy system. The solar panels would help offset the energy costs of a larger project the group is working on.

“We’re building a nature center addition to the present fish hatchery building that’s going to be an environmental education center for school groups and tourists and day camps,” said A Rocha project coordinator Cindy Verbeek. “Solar power is a way of making us more sustainable so we can reduce our operations costs into the future.”

The hatchery released 800 Coho salmon fry in the spring of 2019 and is in its fourth year of raising salmon. A Rocha hopes the nature center will provide a new funding stream to support the organization’s long-term goal of habitat restoration, Verbeek said.

Involving the local municipality is FCC’s way of keeping grant applicants honest – the funding would be provided to the district, which would then administer the funds to the applicant.

“The river that we are located on is considered one of the most endangered rivers in the broader watershed,” said councillor Jonathan Van Barneveld. “Lots of people that live here remember the days when there was a giant school of salmon and steelhead and everybody was fishing. That’s certainly not the case now. So these projects undertaken by A Rocha and their hatchery have the community very interested.”