Features Research
Farming from the bottom up

A new €8 million (US$8.96 million) international project to increase aquaculture production of low-trophic species is launching this week in Tromsø, Norway, with more than 70 scientists and industry professionals from 16 countries in attendance, Nofima has announced. 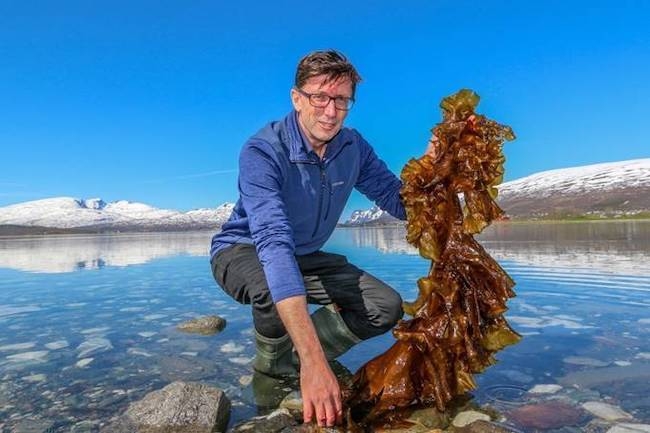 Funded by the European Union’s Horizon 2020 program, the AquaVitae research and innovation project will be conducted over the next four years will focus on increasing production of low-trophic species in and around the Atlantic Ocean through sustainable means.

The project consortium consists of 36 partners, from 16 countries across four continents. In addition to Europe, partners are situated in countries bordering the Atlantic Ocean, including Brazil, South Africa, Namibia, as well as in North America.

“It’s an exciting challenge to bring together industry and research partners from across the length and breadth of the Atlantic to address relevant societal challenges,” said project coordinator Philip James.

James is a senior scientist at Nofima – the Norwegian Institute of Food, Fisheries and Aquaculture Research. With a total budget of €8 million, AquaVitae is the second largest EU project ever coordinated by Nofima.

Value chains
The project aims to introduce new low-trophic species, products and processes in marine aquaculture value chains across the Atlantic. The five chosen value chains include: macroalgae, Integrated Multi-Trophic Aquaculture (IMTA), echinoderm species (e.g. sea urchins), shellfish and finfish. IMTA is a process that farms several species together using waste from one species as feed for another.

“The value chains were selected because of their promising contributions to sustainable food and feed production. There is a lot of potential in these value chains and we wish to discover new ways to improve them,” James said.

The project builds from recommendations made in the Food from the Oceans report (2017), which highlighted the need to expand low- and multi-trophic marine aquaculture as an ecologically efficient source of increasing food and feed.

Cross-cutting activities
To complete the objectives, 11 case studies will be conducted across the Atlantic, with emphasis on developing new products from low-trophic species (e.g. macroalgae and sea urchins), optimising production in existing industries (e.g. shellfish and finfish) and moving toward zero waste and a circular economy in aquaculture (e.g. IMTA and Biofloc).

Furthermore, the project will implement a multi-actor approach to ensure stakeholder involvement in all phases of the project. Industry actors serve as partners in the consortium alongside research institutes and universities, which will also help to establish a durable aquaculture industry and research network around the Atlantic Ocean.