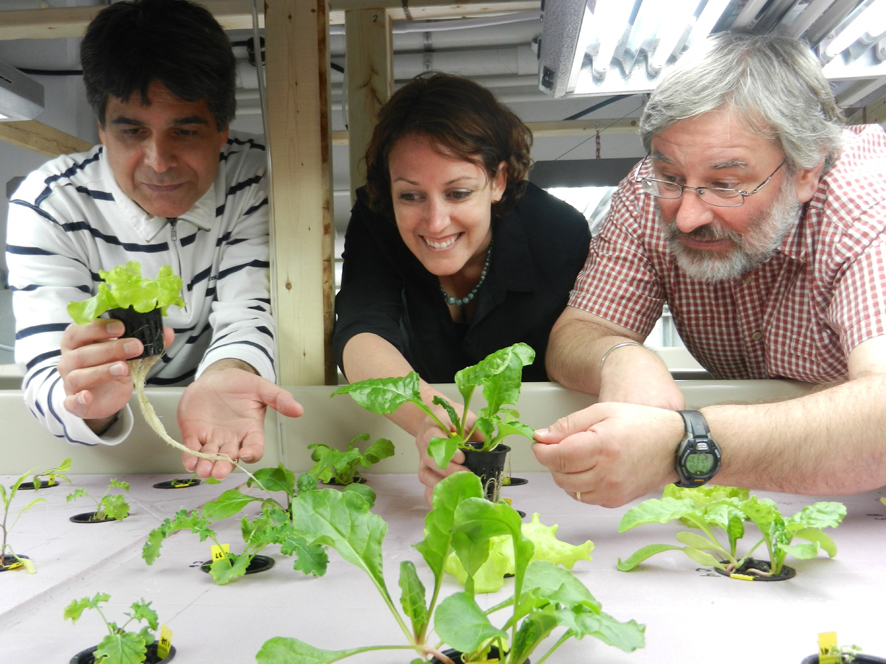 Integrated Multi-Trophic Aquaculture (IMTA) is a flexible concept on which many variations can be developed and should not be viewed as confined to open-water, marine systems.

For instance, Atlantic salmon reared for commercial use spend the early part of their life cycle in freshwater, often in land-based, closed-containment hatcheries before being transferred to open-seawater sites.

Consequently, the principles of IMTA can also be applied to land-based, closed-containment and freshwater systems (also called aquaponics). What is important is that the appropriate co-cultured organisms are chosen at multiple trophic levels based on their complementary functions, as well as their economic value.

As in saltwater operations, the nutritional benefits of the water that has been used to grow fish need to be considered. Rather than treating and releasing this water and loosing this potential, wastewater becomes a source of irrigation water, nutrients and media for additional crops.

Over the last two and a half years, a comprehensive field and laboratory feasibility study was conducted to investigate the potential for developing land-based freshwater IMTA (or FIMTA) systems for Atlantic salmon hatcheries operated in New Brunswick, Canada, by our industry partner, Cooke Aquaculture Inc.

We built a temperature – and light-controlled pilot scale FIMTA system at the University of New Brunswick in Saint John, New Brunswick to test the growth and nutrient removal capabilities of a variety of plant species in hatchery conditions. Effluent was collected from a commercial salmon hatchery and nutrient levels were measured before and after flowing through the plant grow-beds to identify the capability of the system to reduce nutrient levels.

Salmon hatcheries typically operate with water temperatures between 10 and 15°C, thus the selected plant species will most certainly be different from those used in the most advanced aquaponic systems developed so far with tropical fish (such as tilapia) in warmer water.

The ability of the system to reduce nutrients from the collected salmon effluent has been varied depending on the plant species selected and the biomass they produced. It also varied with the nutrient levels in the original effluent.

Nutrient recovery and abatement scenarios as a function of the ratio of fish to extractive species and its scalability are being calculated. The intrinsic value of the biomass, the ecosystem services rendered, the value of the FIMTA step in eco-certification schemes, and public perceptions regarding the acceptability of such aquaculture operations, will all be considered. We will, then, look at the optimization of our pilot system at a larger scale for commercial adoption and implementation at hatcheries.

Thierry Chopin is the Scientific Director of the Canadian Integrated Multi-Trophic Aquaculture Network (CIMTAN), based at the University of New Brunswick in Saint John, Canada. Stacy Murray is one of his graduate students and Hamid Khoda Bakhsh one of his research scientists. For more information contact Thierry at: tchopin@unbsj.ca, or visit www2.unb.ca/chopinlab/.