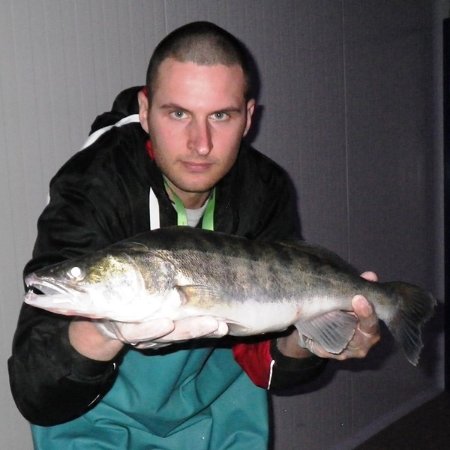 The owner-operator of France’s Percid Solutions consultancy company specializes in pikeperch and percid recirculating systems for aquaculture and offers training in this special niche of the industry.

Stanislas Freyheit, the owner-operator of France’s Percid Solutions consultancy company specializes in pikeperch and percid recirculating systems for aquaculture. He also offers training in this special niche of the industry.

Freyheit, who operates out of the Metz area of France and offers both in-season and out-of-season spawning protocols in pikeperch, said it’s important for novices breeding and producing the popular species to understand that there are substantial differences between pikeperch and perch.

“The aim of Percid Solutions is to provide different strategies, advice and hatchery plans for pikeperch – and for perch – in recirculating aquaculture systems,” said Stanislas.

“I also perform out-of-season spawning protocols, and artificial-spawning training for your team, in order to avoid risky mistakes, and to help you to succeed in pikeperch RASs.”

Previously with the Asialor perch and pikeperch recirculating aquaculture company, Freyheit said that usually the best level of egg fertilization that can be achieved outside the regular spawning season is anywhere between about 50% and 90% – though it’s a bit better for perch, because it’s generally easier to get sperm from them.

Good gametes, of course, will give high hatching rates.

Freyheit said though that out-of-season spawning can be tricky, and he’s seen a Weiss jar full of eggs that fertilized at over 80% all die a few days later.

“Hatching rate is not the only important point,” he noted. “Egg management is crucial, and it’s an everyday work – such as unsticking (the eggs), (having a) good flow in the Weiss jar, hatching synchronicity for the eggs.”

He also said there’s a big difference in how fertilized eggs need to be treated and handled, between perch and pikeperch.

“Perch eggs are laid in the shape of (a) ribbon,” he said, “And they’re really easy to manipulate, because you just have to spread them in the tank, and make sure that the whole ribbon is getting oxygen.”

“Pikeperch eggs are totally different. Those tiny eggs – 1-2 mms – are laid by the female individually, and they are really sticky. (So when we obtain) artificial reproduction, we must unstick those eggs with a special process. Some people let the pikeperch spawn on nest. I’m not practising the nest method, because I want to have a maximum synchronicity between the broodstock spawn. So I use hormonal injection and Weiss-jar incubation.”

After the larvae hatch, Freyheit waits for their mouths to start opening before introducing artemia, 2-4 days post-hatch.

Because both pikeperch and perch are liable to be cannibalistic he grades the fish using a grid. This also allows optimization of feeding by choosing the correct pellet-size for the different sizes of fish.

Freyheit said in his program the very first step in artificial spawning of pikeperch is a check of the oocyte maturation of the females.

“This is where the quality of the out-of-season spawning protocol is important, because we want the females to evolve in harmony, from immature to mature oocyte,” he said.

“According to the strain we must check every female with a biopsy regularly before reproduction, and determine if the oocyte stage is suitable for injection.”

“After injection, it is mandatory to sew the papilla of the female, or you will lose all the eggs in the tanks.”

“Then after several days, we can check the female belly, and press it gently to gather the oocytes.”

Freyheit said that’s why it’s important that the pikeperch broodstock room in the hatchery has a special design of tanks, space, special tools and equipment – in order to perform all the various operations without stressing the other pikeperch.

For more information go to: www.percid-solutions.com.