When Eric Pederson of Ideal Fish needed European sea bass fry for his indoor RAS installation in Connecticut, U.S., he went to Europe to get them. 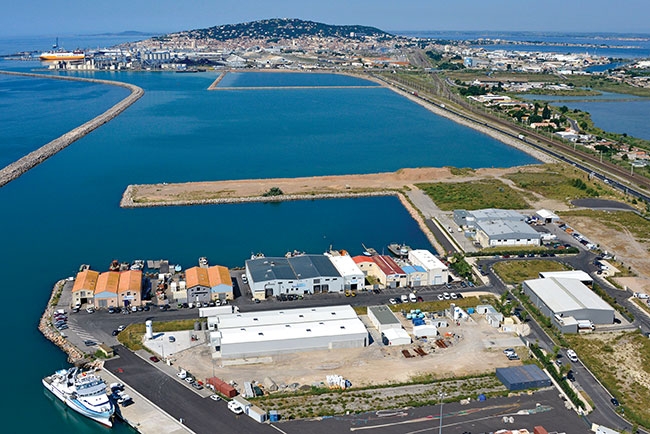 “Our main source is Les Poissons du Soleil (LPDS) outside of Montpellier in the south of France,” says Pederson. “They arrive once a month by air freight. We have been extremely pleased with the quality of the fingerlings, top drawer in our book.”

That’s not an unusual order for LPDS, explains its general manager Philippe Balma.  “We export to 70 countries including 17 where we are certified SPF,” Balma tells Hatchery International from his offices on the Thau lagoon, a saltwater lagoon about 30 km southwest of Montpellier on the Mediterranean coast.

Balma was conducting a tour of the company facilities for delegates at the European Aquaculture Conference in Montpellier, at the end of August. “My father started this marine hatchery in 1976,” explains Balma, who is the present owner. “We produce between 40 and 45 million fry every year and sell only juveniles up to 20 grams.”

Lagoon living
The company, which has been part of the Aqualande Group since 2003, specializes in sea bream (Sparus aurata), sea bass (Dicentrarchus labrax), and meager (Argyrosomus regius), with a production spread of 50 per cent sea bream, 40 per cent sea bass and 10 per cent meagre.

“We hatch more than 100 million eggs every year,” says Balma. “We aim to have 50 per cent survival.”

The company operations are situated in a dedicated fisheries industrial park built and permitted by the Occitanie Regional Government in cooperation with the French state. “It’s an ideal site,” says Balma. “We are surrounded by other fisheries and aquaculture companies (the Thau lagoon yields 10 per cent of France’s shellfish production) and there is no other industry close by, so the water is usually in good shape.”

“Marine species are difficult to spawn and raise because the optimum salt water conditions such as temperature and salinity, are constantly changing and can be hard to reach,” says Balma.

LPDS draws their water from the open Mediterranean and it is pumped across the headland to their facility, which is on the inner shore of the lagoon. The water is UV treated and they have ozone available if the water monitoring system tells them it is necessary. The company has three separate installations, one each for broodstock, spawn and hatch, and early grow-out, which is divided between two grow-out buildings.

“This allows us to really spread our risk and supports our bio security,” Balma explains.

“We heat with electricity and gas. It is one of biggest costs after feed,” says Balma.  “We have received approval to install a solar electric system next year and that should reduce our electric costs by half.”

The RAS system needs only eight to 10 percent water replacement per hour. Water circulates through a standard biofilter system. Residual solids are trucked away under contract. “But these are small fish, so it is not a significant cost,” Balma points out.

Breeding
The company works with wild-caught broodstock that they continually supplement.  “We add new broodstock every year given the age of each fish,” says Balma. “We create a new generation with wild fish from several countries and then we select individual fish for different performance needs to have select broodstock in production.”

“We have our own active breeding program,” Balma explains. “We target growth, disease resistance and shape.”

“We can do both natural and manual spawning,” says Balma. “With careful manipulation we are able to have new fry about 10 months out of 12 a year.”

All stages are fed a commercial diet sourced from Europe. “Meagre like about 45 percent protein and grow quickly,” says Balma.  “The sea bass and bream are a bit slower and thrive on about 40 percent protein.”

Each early grow-out building has twelve 50-cu.m. tanks. “We can get up to 500,000 fry in each tank for grow-out,” says Balma. He notes that is equivalent to between 30 to 50kg per cubic meter. “The better the water quality we have, the higher stocking density.”

LPDS ships some of its fry by air, but also a lot by boat, says Balma. Part of the company’s philosophy is to not handle fish without water, he explains. “We have a built-in pumping system that allows us to move the fry from our tanks out to a well boat waiting at our docks.”

The company exports more than 90 percent of their production, mostly for cage grow-out, including to Greece, Croatia, Portugal and the North African countries of Algeria and Tunisia. Ideal Fish is its only North American customer.