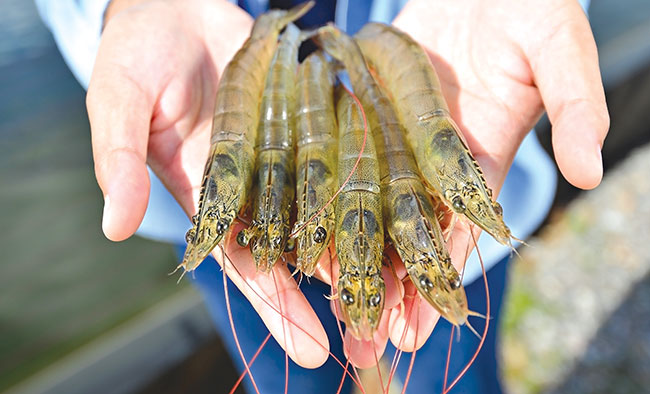 A fortified shrimp feed diet may turn-around the dwindling windu shrimp (Penaeus monodon) production in Langsa, a province in Aceh in Indonesia, which has been hit by white spot syndrome virus (WSSV) infections.

“The addition of chitosan flour and mangrove flour is expected to reduce the level of mortality in tiger shrimp by increasing immunity in tiger shrimp against viral infections, especially white spot syndrome virus,” said authors Herkules Manik, et al, who are from the Samudra University Department of Biology, Faculty of Engineering in the Unsam Meurandeh Campus in Langsa.

Chitosan flour made from shrimp skin waste contains substances that can inhibit microbial growth and activity. Mangrove flour is derived from mangrove leaves and fruits, which are used as shrimp feed. “Mangroves contain flavonoids and saponins which can be used as antimicrobial and antivirus agents by inhibiting the virus respiration system,” they said.

The effectiveness of these ingredients were highlighted in a study result which showed that the higher the content of mangrove flour and chitosan fortified in shrimp feed, the lower the mortality rate.

WSSV is synonymous with a crop failure disease. As much as 100 percent mortality follows within three to 10 days of clinical symptoms showing.

“Until now, the treatment of WSSV is unknown; usually prevention is only done by selecting superior seeds, good cultivation management, and vaccines,” the study said.

Langsa is home to some of the largest tiger shrimp producers in Aceh. The potential for cultivation of tiger shrimp is big.

The study was published in the IOP Conference Series: Materials Science and Engineering.