The Richard Cronin National Salmon Station has a new role as a regional center to research, rear and restore threatened aquatic species. “This is very much a cooperation to develop resources and research facilities,” says David Perkins of the US Fish and Wildlife Service, who is director of the re-named Richard Cronin Aquatic Resource Center. 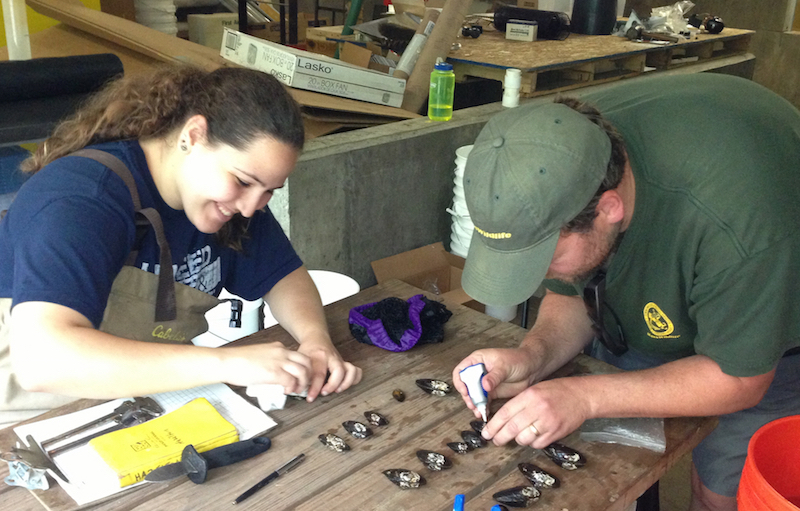 Originally built as a state trout hatchery some 60 years ago, the facility had been culturing Atlantic salmon for restoration in the Connecticut River basin since the early 1980s until its closure in 2013.

“The salmon restoration programs were not successful for a number of reasons,” says Perkins. “Neither the science nor the results supported continuing the work and the funds were redirected.”

“We have had to retrofit and re-plumb. We needed new discharge and treatment facilities for our water,” says Perkins. “We are permitted as a research facility which has different requirements from a salmon hatchery.”

He adds that the salmon station was not large with just seven 24×24 adult holding tanks. “We’ve actually been able to use the cement for the tanks as a foundation and build up walls and a roof to turn them into lab space.” says Perkins.

The Resource Center is helping to develop techniques for state agencies and wildlife managers to use in conservation.

One of the initial species to be studied is the federally endangered dwarfwedge mussel alasmidonta heterodon. “This is the first large effort in the northeast to culture fresh water mussels,” says Perkins. “The culture techniques have been developed in other regions in the US, but we find they are very species – and very facility-specific.”

Wild female broodstock is gathered after they have naturally fertilized in the wild. The eggs hatch and are carried in special chambers in the female’s gills. The mussel larvae called glochidia, are extracted and either inoculated onto the gills of a host fish using a pipette or through a water bath where the glochidia and host fish are mixed. Tissue on the host fish grows over the glochidia, which after several weeks transforms into a microscopic juvenile and drops off the host. Those juveniles are collected and reared.

“A lot of our studies right now are determining which host fish are optimal and which rearing techniques work the best,” says Perkins. “They are very species-specific.” He adds that they have worked with slimy sculpins, tessellated darter, and even Atlantic salmon parr. “It also depends on what you can gather and what you can culture for hosts.”

“It’s interesting and challenging work,” says Perkins. “You not only have to culture the mussels but you have to figure out the host fish piece as well.”

The cooperation offers a wealth of experience and opportunity to develop watershed and regional programs Perkins says. Researchers at the center are also propagating the endangered puritan tiger beetle. There is lots of student participation through the University of Massachusetts Amherst, something that Perkins says is quite invigorating.