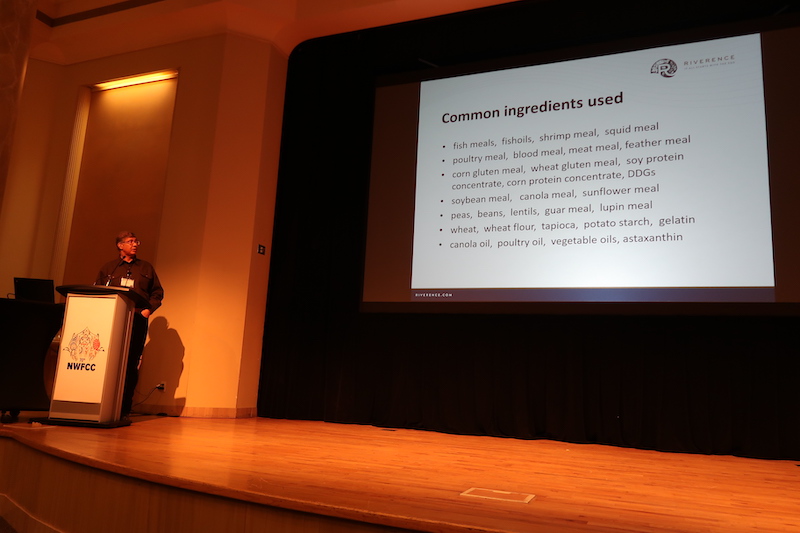 “Fish oil is actually a bigger worry, historically, and now it has become a bottleneck in our industry,” he said. “It is critical in how feed is processed, how it’s ground, how oil is added, where it’s added.” 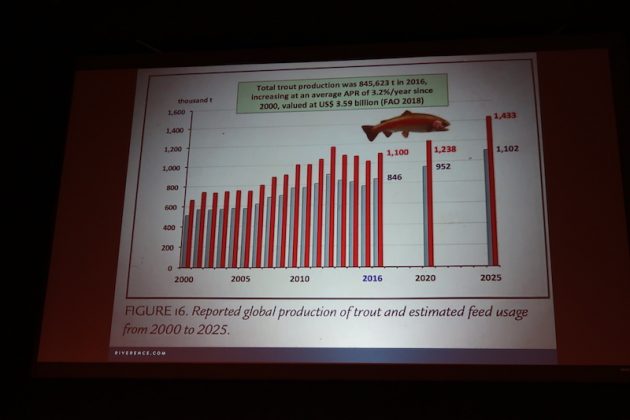 Mann presented a graph of estimated feed usage needed to keep up with fish production growth, in this case, trout.

“Ingredient demand is growing by the rate of aquaculture which is about three to six percent, depending on the year, so we really need this innovation in ingredients to continue these new sources of protein and oils,” said Mann.

Major aquaculture companies are investing a lot of money into developing other sources of Omega-3 fatty acids in fish feed, said Mann. He gave a few examples, like Veramaris, which was recently recognized for winning the F3 Fish Oil Challenge in October 2019 with its “fish-free” algal oil.

“There’s research behind each one of these products,” said Mann. “The downside is that these new oil alternatives are about three to four times more expensive than fish oil because of the economy of scale.”

“New oil innovations are really needed because we’ve tended to focus a lot on proteins for 30 years,” he added. “The oils are just now happening but what we also need now is growth in the market for domestic production… The economy of scale is important to support these suppliers.”