Aquaculture has been named as a promising economic driver for the State of Hawaii. 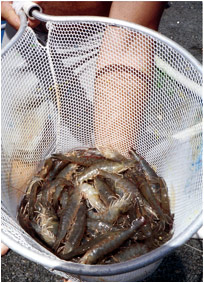 Oceanic Institute’s Shrimp Department has been at the forefront of shrimp aquaculture research and technology innovation for more than two decades. Hawaii is working on attracting private capital to invest in the state's aquaculture industry State reaping benefits of specific pathogen-free shrimp breeds developed locally

While tourism remains the state’s dominant industry, there are a number of promising ventures and job opportunities in store in the aquaculture industry, a report says.

The Hawaii Strategic Development Corporation (HSDC), whose mandate is to promote economic development in partnership with private capital, is currently attracting the attention of local and outside capitalists to invest in aquaculture.

“Hawaii was instrumental in really jump-starting that shrimp industry. Oceanic Institute early on developed these specific pathogen-free shrimp breeds, which then, we now export from Hawaii globally to all the shrimp growers around the world, supporting more than $20-billion industry from research and development down here in Hawaii to commercialization activity that was done,” Fooks told Hawaii Public Radio (HPR).

Another state official is hopeful the state’s current investments will pay off. “The consumption of seafood has doubled on a per capita basis. But the wild-caught resources are virtually flat. They’re not going to grow any longer. And so now, it’s gonna have to come from farmed resources,” Luis Salaveria told HPR.

The Natural Energy Laboratory of Hawaii Authority – NELHA — will host an aquaculture conference on November 16th and host the national conference in 2020.