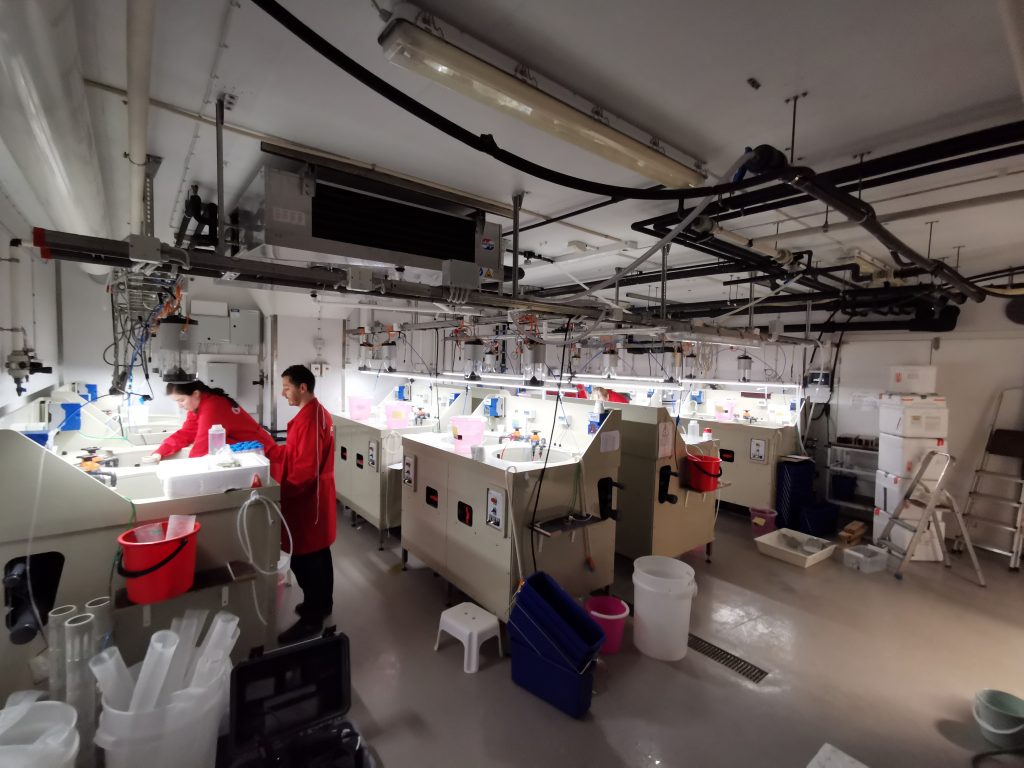 A study funded by the Norwegian Seafood Research Fund, Norway, revealed that the first feed items a larval fish eats are more important than previously thought.

In a study conducted at SINTEF Ocean and the Norwegian University of Science and Technology (NTNU) in Trondheim, Norway, researchers investigated the importance of first feed items for larval ballan wrasse. Ballan wrasse (Labrus bergylta) is an important species in Norwegian aquaculture, as it is the second most used cleaner fish species to combat salmon lice.

Common practice in larval cultivation is the use of enriched rotifers and artemia, albeit we know that these organisms does not match the nutritional demand of the larvae. In a 48-day start feeding experiment with ballan wrasse conducted at the Norwegian Centre for Plankton Technology, we studied the feasibility of replacing (Phase 1, three weeks) rotifers by an experimental cirripede diet (this diet comprised a mix of both small and large cirriped nauplii at a ratio of 1:1, whereof the larger nauplii turned out to be too large for the larvae to ingest as first prey, which affected the performance of this group) or copepod nauplii (Acartia tonsa), and (Phase 2, three weeks) replacing artemia by nauplii of the barnacle Semibalanus balanoides,. During Phase 3 (three weeks) all treatments received the same commercially available formulated diets.

Larvae receiving copepods first, followed by barnacles, grew faster through Phase 1 than the other groups, and those treatments receiving copepods as the first feed showed higher survival rates at the end of the experiment. Once Artemia or large barnacle larvae replaced the first prey types after three weeks, there was no difference in growth rates between artemia and large barnacle nauplii fed larvae.

An interesting observation was that the lipidomics profiles of the larvae showed a clear differentiation between the larvae according to their first diet at the end of the experiment, even though they by then had received the same diets for the last three-and-a-half weeks of the experiment. Excitingly, gene expression patterns at the end of the experiment also showed very distinct differences between larvae that received enriched (rotifers) and unenriched (copepods and experimental cirripeds) diets as start feed. Many of the upregulated genes found in larvae started with enriched diets are involved in lipid metabolism, indicating that additional enzymatic activity needs to be initiated by the larvae for digestion.

In conclusion, this experiment clearly shows carry-over effects from the first feed items into the weaning period, and that these effects could set the course for the later life of a fish.

Arne Malzahn is a senior researcher at SINTEF Ocean in Trondheim, Norway.