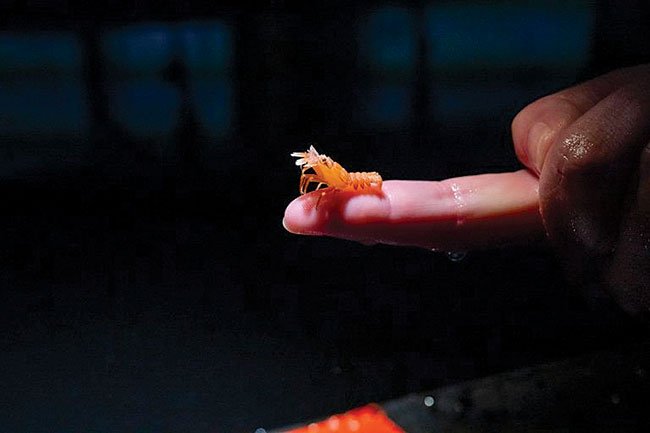 The Toomulla hatchery team has been growing Moreton Bay bugs as a trial for the hatchery’s commercial-scale operations Photos: Ornatas

Dubbed as the world’s first commercial hatchery for tropical rock lobster, Ornatas’s Toomulla Aquaculture Facility received its first tropical rock lobster broodstock last October. They have since successfully acclimatized to the hatchery with some of them already carrying eggs. The first group of lobster larvae hatched over Christmas.

“Scaling up the technology to support a production of 1,000 tonnes of lobsters annually over the next 10 years will be the focus, with sustainability and biosecurity the top priority,” said Scott Parkinson, CEO of Ornatas, in a post on the company’s website.

Ornatas is the commercial brainchild of research from the University of Tasmania Institute for Marine and Antartic Studies, which successfully closed the breeding protocols for tropical rock lobster.

“Our bugs are the quiet heroes this year, serving as a pivotal part of trialling the Ornatas Aquaculture systems and preparing the team for the tropical rock lobster hatchery operations. Over the course of the year, the continual progress and improvements of the Moreton Bay bug hatchery have led to some strong runs now progressing through to grow-out phase,” the company report said.

Hatchery manager Anna Overwater said the focus of the hatchery will now shift to the commercial grow-out of the lobsters.