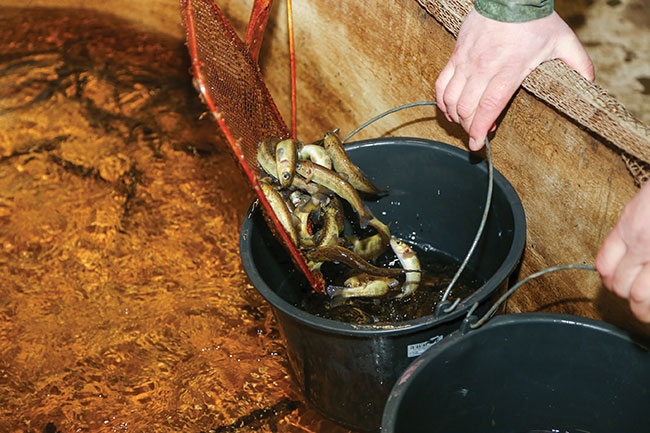 Russia used to import trout and salmon broodstock and fish feed from Norway, Sweden and Finland, but supplies have ground to a halt in recent months due to punitive sanctions introduced by the European Union against Russia.

In theory, Finnish hatchers could raise rainbow trout to adulthood to sell it in the European market, but this would require the local regulator to adjust environmental impact permits in the fish farming industry.

Fish farming activities in Finland require an environmental permit, which specifies limits on the volume of fish that can be raised and the maximum amount of feed that can be used in raising them, Yle explained.

A group of Finnish fish farmers has appealed to the Agricultural and Forestry Ministry with a petition to ease the existing regulation, but government officials said it was unlikely to happen.

The ministry explained in a statement that the Environmental Protection Act, under which environmental permits are issued, envisages no option of temporary adjustments. Farmers who want to expand production for the domestic market right now will likely have to go through the process of acquiring new permits with higher production ceilings.

Yrjö Lankinen, head of a fish farmers’ consortium said that several hatcheries have a large surplus of salmon broodstock they decided to produce, anticipating some improvements.

“Some operators have found a place for them to be grown and some are taking a risk and raising them. What happens to those being raised at risk remains to be seen,” he said.

“We would have been able to easily increase the volume of fish raised with our current facilities, but more can’t be produced without permits,” says Kari Vääräniemi, CEO and owner of Kalankasvatus Vääräniemi, adding that obtaining new environmental permits is not a way to solve the current problems.

It takes half a year to prepare a permit application and at least a year to complete the process, he added. By the time the permit is obtained, it would be too late because the production cycle in trout farm breeding is shorter.

Russia imports roughly 90 per cent of salmon and trout broodstock from Scandinavia for the farms in the northern basin. Russian sources put the overall size of imports at 40 million units of fingerlings per year, most of which come from Norway.