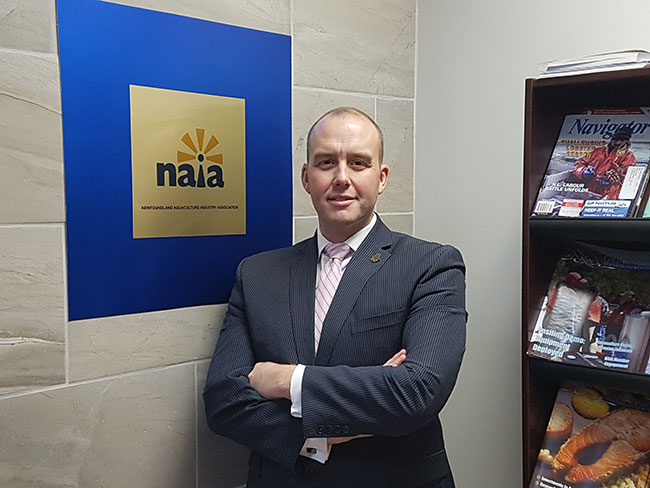 Mark Lane, executive director of the Newfoundland Aquaculture Industry Association, is stunned by how quickly the narrative around the industry shifted. In late September, NAIA hosted 600 participants for the 2019 Cold Harvest conference and trade show. Days later, he found himself defending the industry from criticism following 2.6 million salmon mortalities at a MOWI farm.

Conflict between environmental groups and the aquaculture industry is nothing new. The industry around the world is regularly met with harsh criticisms from activists over alleged environmental impacts. Is the aquaculture industry doing enough to address these concerns? And is there any common ground to be found with these groups, to work with them to address misinformation? Hatchery International spoke with representatives on both sides to find out.

This acrimony has been brought into sharp focus in Newfoundland this year, as activists have raised concern about MOWI operations, including pursuing legal action over a perceived incomplete environmental assessment process for the company’s Indian Head Hatchery expansion project, as well as the mortality of 2.6 million salmon at the company’s net pens in Fortune Bay.

The contention
Dr. Stephen Sutton of the Atlantic Salmon Federation (ASF) points out the environmental assessment for the hatchery facility expansion itself is not the issue. The concern is the open-net pens where the additional fish will end up were not re-assessed for impacts from an increased number of fish.

Mark Lane, executive director of the Newfoundland Aquaculture Industry Association, disputes that interpretation. Speaking hypothetically (as it involves a court case that he is not party to), Lane cites the environmental registration process that every new project has to file with the government, which is available publicly.

“These sites were already approved and went through rigorous and high-level scrutiny,” says Lane. “They want an environmental assessment to be done on all your sites again and again and again, which makes no sense. It was already done and it’s available publicly.”

Citing science
The ASF’s concerns about the aquaculture industry go far beyond these specific situations, as evidenced by the group’s years of campaigning against it.

“The science is very clear now, every time somebody goes and looks they find more evidence of the impacts of aquaculture salmon on wild salmon,” says Sutton. “We know what the potential impacts are and we’ve seen it in places. There’s also growing concerns about issues of disease and the spread of disease from farms to wild salmon.”

Tim Kennedy, president and CEO of the Canadian Aquaculture Industry Alliance (CAIA), while not commenting on that specific study, describes trying to find a balance between negative and positive research as “a mug’s game.”

“Science doesn’t work in a democratic process,” says Kennedy. “It’s not a majority vote. One strong, well done conclusive story can outweigh a hundred bad studies. But we can’t authoritatively speak to the science. We refrain from saying there are this many studies that say this. We rely on the science to direct us and to inform our practices. And we will always say that if there is science that is clearly indicating that there are challenges, we’re going to change our practices.”

“I think the salmon angling community in Newfoundland has started to become more aware of the issues and the impacts on wild salmon.” – Dr. Stephen Sutton, coordinator of community outreach and engagement for the Atlantic Salmon Federation.

“I do not think that they fairly acknowledge the very significant improvements that have been made.” – Tim Kennedy, president and CEO of the Canadian Aquaculture Industry Alliance, feels that the industry is still haunted by early mistakes that were made in the sector’s over 40-year history.

The middle ground
Like Lane, Kennedy also refrained from commenting specifically on the Indian Head Hatchery expansion issue, however, he did state that the industry is constantly moving towards higher levels of transparency.

“We need clarity and certainty around the regulatory process,” says Kennedy. “Even if nothing wrong is happening, I think all of these processes need to be as clear and transparent as possible.”

Kennedy says that the industry needs to enhance its efforts to address concerns and engage with the public and environmental groups, citing the polarized landscape in British Columbia as evidence. He says that CAIA is interested in bringing national stakeholders together to have a dialogue on how to move forward on environmental issues.

“We want to have a constructive dialogue with constructive minded critics and environmentalists who want to see real improvements in the sector, who don’t want to destroy the sector,” says Kennedy. “Because you can’t really negotiate and discuss when someone wants to destroy you.”

Lane agrees, saying he has a great relationship with some activist groups, such as the Salmonid Preservation Association of Western Newfoundland. He describes having what he thought was a very productive meeting with members of the ASF, where they discussed finding common ground to work together to improve the industry and protect wild salmon. But he felt betrayed days later when the ASF resumed its attacks on the industry through social media.

“I’m willing to work with anybody who’s willing to work with us politely, professionally and cordially from a fact-based position,” says Lane. “Some of these groups just don’t want to do that. They fundraise on the backs of farmers and they have a motive to kill the industry and put hardworking Atlantic Canadians out of work. I find it somewhat sad and pathetic.”

MOWI representatives did not respond to requests for comment as of press time. However, as of press time, the company’s CEO Alf-Helge Aarskog had sent a letter to Newfoundland and Labrador Premier Dwight Ball and Fisheries Minister Gerry Byrne committing to a variety of equipment upgrades and measures to increase transparency.

Change in policy
In response to the controversy over the mortality of 2.6 million salmon at a MOWI farm, the government of Newfoundland introduced a bevy of amendments to its policies and procedures for the aquaculture industry.

The amendments include requiring more transparent public reporting of mortality events and sea lice abundance, the implementation of mitigation measures to prevent mortality events, the submission of biophysical data to various government departments and demonstrating that cage systems meet engineering standards, among many others.

While the policy amendments do nothing to strengthen potential consequences for companies that violate them, Mark Lane suggests that Fisheries and Land Resources Minister Gerry Byrne has demonstrated a willingness to impose punishments himself.

“The minister just suspended ten licences,” says Lane. “That’s unprecedented. I think that would far outweigh any type of penalty. These policies and procedures are attached to condition of licence.”

The ASF, however, is not satisfied, releasing a statement from Dr. Stephen Sutton stating that policies and procedures are not regulation or legislation, and that they do not see how these amendments would prevent a mass mortality event from occurring again.

“Better policy will hopefully lead to a more organized and transparent industry, but the changes do nothing to fundamentally address the issues of wild salmon interbreeding with escapes and the transmission of disease and parasites from aquaculture salmon to wild species,” Sutton says in the statement.