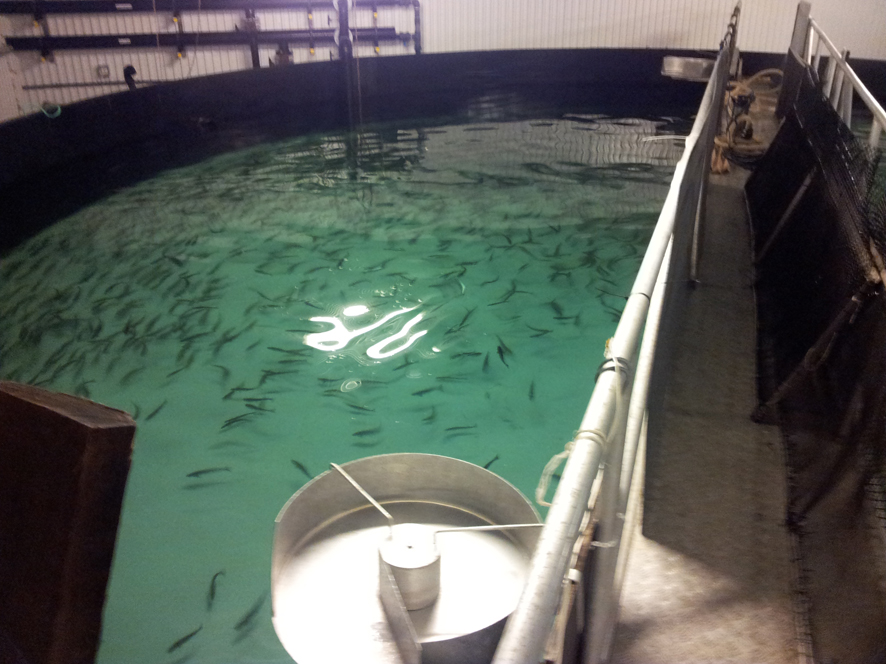 Researchers behind a study that discovered inner-ear deformity in farmed salmon suggest hatchery managers can play a role in controlling the prevalence of the deformity, which they say causes the fish to lose up to 50 percent of their hearing.

The study, led by Tormey Reimer of the University of Melbourne’s School of Biosciences, said accelerated growth rates in fish farms causes deformed otoliths — tiny crystals in a fish’s inner ear, which detect sound, similar to humans’ ear bones. Normal otoliths are made of the mineral aragonite, but deformed otoliths are partly made of vaterite, which is lighter, larger, and less stable.

The condition was found only in farmed fish. Vaterite was “seemingly caused by a combination of genetics, diet, and exposure to extended daylight, all of which differ between farmed and wild fish,” said the study. But one factor — growth rate — stood out as a cause. In fish farms, the conditions are such that the fish grow faster than their wild counterparts by being exposed to varying light and temperature or being fed high-nutrient feed, for instance.

While the scientists said they still don’t know how hearing loss affects production, having hearing-impaired fish as a result of farming methods “raise serious questions about the welfare of farmed fish,” says study co-author, Dr Tim Dempster from the University of Melbourne.

Reimer adds that vaterite is irreversible once it’s begun, so the key to control is prevention. “The close link with growth rate means that the prevalence of the earbone deformity is within the control of hatchery managers,” she says. She added that future research may find ways to prevent the deformity without compromising growth rate.

Her team also suggested that the deformity may also explain why some conservation methods aren’t very effective. “Stocking rivers with hearing-impaired fish may be throwing money and resources into the sea,” study co-author Professor Steve Swearer told phys.org.

“Producing slower growing fish for release into the wild may increase their chances of survival in the long run,” says Reimer.