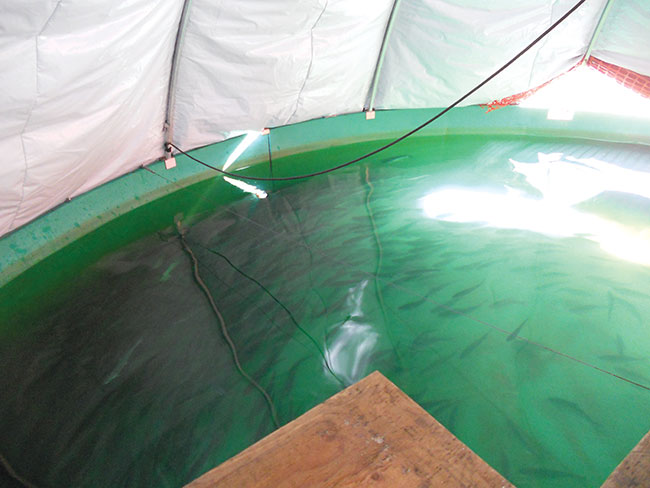 Good farmers know their fish can tell them much about how their system is running. There is always a reason for a fish’s behaviour.

In the age of automation, real-time monitoring and data outputs, observing the fish is still a fundamental practice for assessing a tank of fish.

Much can be quickly determined about what’s affecting your stock and the condition of the fish themselves by simply spending a few minutes at each tank observing the fish behaviour.

When farm technicians are doing farm activities, like feeding and picking morts, they are assessing fish health, density and overall fish condition as well as interest in feed. When undertaking these activities, much information can be gleaned from the fish. However, these events are also disruptive to ‘regular’ fish behaviour. Therefore, the fish need to be observed with no disturbances, when they are just swimming and maintaining.

Fish distribution
How the fish are behaving at rest, how they are interacting with their environment and with each other can reveal much information about the fish often not seen when visiting the tank for an activity.

If the fish are acting differently or ‘not normal’ there is a reason for it. It could be that one of the inflow pipes is pointed wrongly, creating a dead zone the fish avoid. It could also indicate that fish are stressed out from being handled. Perhaps, one of the oxygen diffusers has failed and the fish are crowded towards the ones operating. These are just some of the possible reasons why fish would act differently than normal.

Interactions
How the fish interact with each other can also reveal much. Aggressive interaction between fish are often hidden by disturbance, but the dominance hierarchy can be observed as the fish assume their positions/regions after the event.

Nipping at fins or eyes can suggest issues with crowding or poor feeding. Observing aggressive behaviour can suggest actions like grading or splitting the stock to the farmer. A viewport or window can be very effective for assessing fish, although costly to install.

Good farmers know their fish can tell them much about how their system is running. There is always a reason for a fish’s behaviour. Patience and observation can reveal some things that sensors might miss.