The European Patent Organization has issued an “intention to grant” in relation to Europharma’s patent application for its smoltification feed product, SuperSmolt FeedOnly. 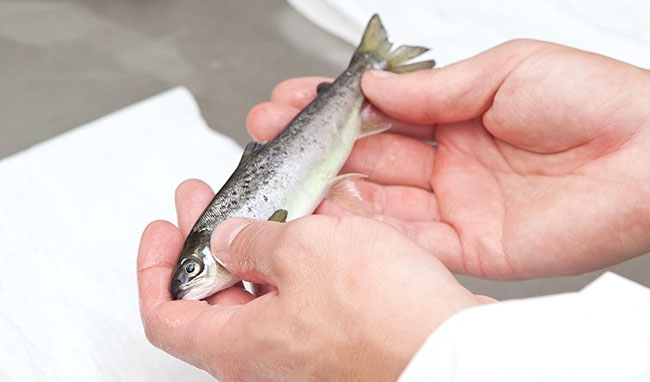 “After a nearly four-year-long process, we are of course very happy about that,” says Paal Christian Krüger of Europharma.

Europharma holds the global rights to the original SuperSmolt patents and has developed SuperSmolt FeedOnly through extensive R&D efforts, the company said. The product was launched globally in 2014, quickly gaining a strong market position, it added.

SuperSmolt FeedOnly offers feed-based smoltification of salmon, eliminating the need for the growth-inhibiting winter photoperiod associated with traditional hatchery smoltification. The Europharma innovation makes smoltification faster and more predictable, at the same time preventing the problem of desmoltification, according to the company. These qualities make it easy to produce homogenous fish groups where every fish has good seawater tolerance at the time of transfer, which contributes to reduced mortality and faster growth.

“The decision will not change much in terms of our daily work and focus but it means that we no longer need to spend any energy arguing that this is indeed an innovation, and that it is our innovation,” Krüger says. “We have worked on smoltification over many years and put significant resources into developing SuperSmolt FeedOnly. The EPO has reached its conclusion after an extremely thorough assessment process and its decision is an acknowledgment of the innovative qualities of this product.”

“Going forward, our focus will continue to be to offer a better way of smoltification to salmon producers around the world. Compared to traditional smoltification methods, SuperSmolt FeedOnly is undoubtedly a giant leap in the right direction regarding both fish health and welfare, production efficiency and predictability as well as increased earnings for the salmon producers themselves. In a time where fish farmers increasingly demand bigger smolt, and the significance of low mortality and growth performance is ever more important, SuperSmolt FeedOnly has a big role to play. For us, this is one of the products we are most proud of having developed,” says Krüger.