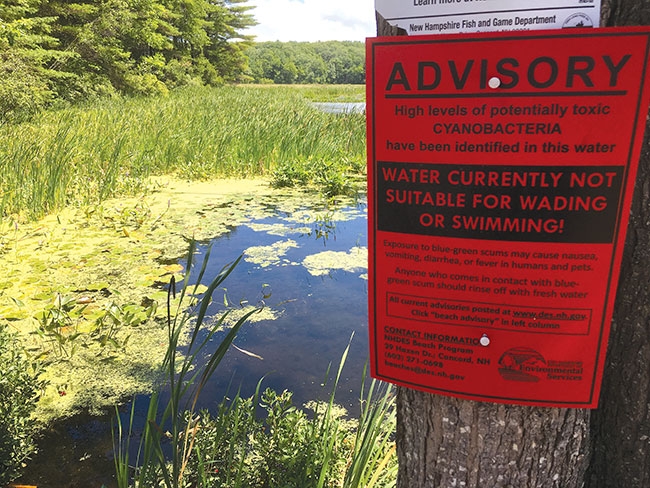 The Conservation Law Foundation claims the Powder Mill Fish Hatchery is the source of contamination in the Merrymeeting River and has announced its intent to file a lawsuit. An environmental group has announced intention to sue

The Conservation Law Foundation (CLF) says that the food and waste from the Powder Mill Fish Hatchery in New Durham have caused water quality violations in the Merrymeeting River and other nearby water bodies.

The hatchery is run by the New Hampshire Fish and Game Department. Under the Clean Water Act, CLF must now wait 60 days before officially filing the lawsuit.

“We have very clean water above the hatchery and then below the hatchery, as a result of discharges associated with hatchery operation, including fish waste and food, we’re seeing very significant loads of phosphorus and total suspended solids that are causing eutrophication problems including cyanobacteria outbreaks,” said Tom Irwin, director of CLF New Hampshire.

Irwin said that the CLF hopes the legal action will see a change in operations for the hatchery and infrastructure investments to treat waste water. It may also be necessary to remove sediment from portions of the river near the hatchery, which are changing the benthic environment and can over time release phosphorus. Irwin hopes to see a remedy soon, as emerging science has shown a correlation between cyanobacteria blooms and neurological diseases, such as Alzheimer’s, ALS and Parkinson’s.

Representatives for the NH Fish and Game Department were unable to comment due to the pending legal action. However, officials told local media that the hatchery was not in violation of state discharge limits.

Jason Smith, chief of the Inland Fisheries Division for the department was quoted from an e-mail statement as saying, “The department will continue to do whatever it can do to address and meet any water quality standards that may be imposed in the future.”