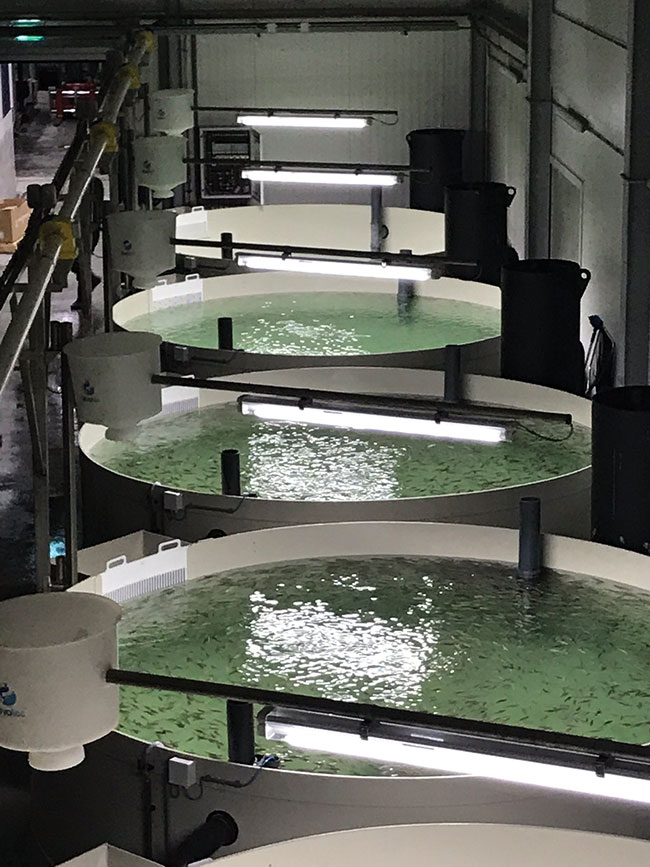 Kingfish Zeeland is among the growing number of companies successfully farming Dutch Yellowtail in a recirculating aquaculture system. (File photo)

Months of speculation were put to rest this week when Kingfish Zeeland finally announced that it intends to build a US$110 million land-based aquaculture facility in the town of Jonesport, in Washington County, Maine.

The Dutch company,which specializes in growing  yellowtail for the European market, is the latest of several aquaculture businesses to invest recirculating aquaculture system (RAS) facilities in Maine.

For some time now, there has been a number of theorizing as to where Kingfish Zeeland would be building its land-based aquaculture facility, according to a report from public information site MainPublic.org.

KingFish Zeeland had indicated last spring that it had plans to expand across the Atlantic Ocean. The company identified 22 sites along the East Coast, including two unspecified locations in Maine.

Jonesport is a lobster-fishing community of  about 1,400 residents. Most of the work in the area is seasonal. The prospect of year-round jobs from a facility like the one Kingfish Zeeland is planning, is welcome news to some people in the community.

The town felt “quite familiar us,” MainePublic.org quoted Ohad Maiman, CEO of Kingfish Zeeland, as saying. He said lobster fishing history and the presence of aquaculture operations in the area appealed to his company.

Kingfish Zeeland intends to begin construction in early 2021. It is expected to 12 to 18 months to complete construction before the plant becomes operational.

The company plans to employ 70 people. Sixty of those employees will not need prior specialized experience to work at the plant, Maiman said.

The plant will initially produce 6,000 metric tons of fish per year. The company’s goal is to eventually hire more people and expand its facility.