Features shellfish
Despite sanctions, Russia hopes to ramp up mussel and oyster production 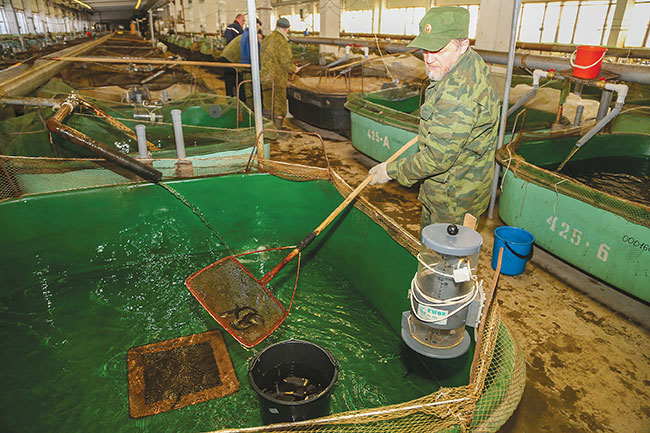 Russia has a good chance to ramp up mussel (Modiola) and oyster (Ostrea) production to meet the domestic demand and abandon imports, a research conducted by the Russian state bank Rosselhozbank showed.

In the first half of 2022, Russian mariculture farms in the Black Sea produced 10 tonnes of oysters and 252 tonnes of mussels, 25 per cent and 16 per cent more than during the same period of the previous year, respectively, the official statistical data showed.

These figures do not include mariculture production in Crimea, where farmers have battled severe challenges this year due to the consequences of the Russian invasion of Ukraine, including a complete prohibition of going out to the sea during the initial period of the war.

In 2021, Russia imported more than 400 tonnes of oysters primarily from Morocco, New Zealand and Japan, Rosselhozbank said, adding that large volumes were also purchased from European and American suppliers. Over the past few years, imports have been steadily growing by more than 10 per cent per year. However, in the current conditions, Russia aims for self-sufficiency in mariculture products, the Russian bank said.

The domestic demand for oysters is estimated at 5,000 tonnes per year. Currently, it is primarily covered by wild oysters from the Far East, commented Alexander Ejel, director of the Russian mariculture company Zhemzcuzhina. However, the wild catches of oysters are expected to plummet in the next few years because uncontrolled catches in the Far East in the previous years undermined its population, Ejel said.

This year, Russian mariculture production was cut off from imported broodstock. This appeared to be extremely painful for oyster farmers, Ejel said. 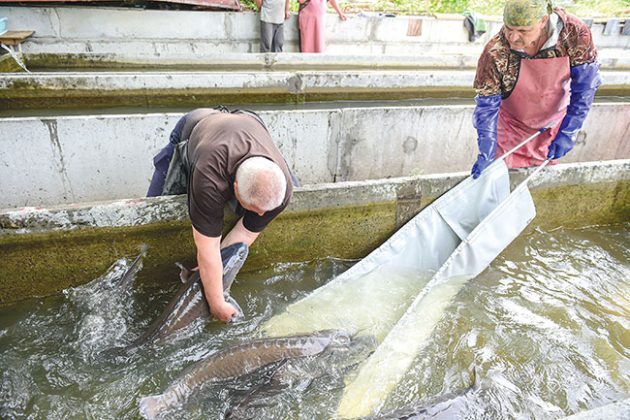 Russian aquaculture suffers from a lack of broodstock.
Photo: Rosrybolovstvo

“The only country that exports broodstock is France. There are no other options,” said Ejel. “For a small domestic Russian market, it is very costly to create the domestic spat production.”

In theory, the government could try to appoint a Russian institute to develop a technology for growing oysters, but this has not happened yet. Without imported broodstock, the Russian oyster farms are poised to die out gradually.

“The ship under the name oysters from Vladivostok will sink in the next year,” said Ejel, explaining that this is associated not only with a lack of spat but with a complex of problems, including an excessive bureaucratic burden in Russian mariculture.

However, Russian scientists argue they have already mastered mariculture broodstock production and can help farmers avoid the impact of sanctions.

Irina Burlachenko, head of the aquaculture department of the Russian state scientific institute VNIRO commented, “Technologies for growing oyster spat have been widely known for a long time and can be easily adapted to local conditions. So, for example, in 2020-2021, the Pacific branch of the VNIRO developed a technology for growing oyster spat, adapted for the conditions of Primorye.”