As global demand for mudcrab (Scylla serrata) continues to grow, one factor has remained constant. 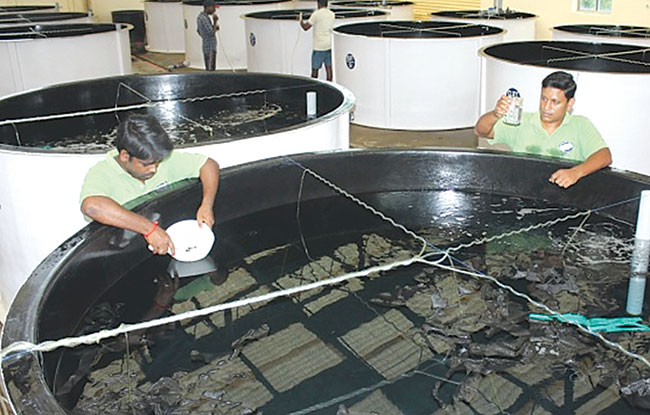 Singapore is pinning hopes on a micro-hatchery within the Aquaculture Innovation Centre (AIC) for its locally-grown supply of mudcrab crab Scylla serrata.

“We want to close the loop in the micro hatchery and, hopefully, we can supply crablets to the farms for grow-out or for those farms who can do soft-shell crabs,” said AIC deputy centre director Dr. Diana Chan at the “Aquaculture Innovation Webinar 1: Meeting Rising Demands”, held in March 2021.

Crab is big business in the city-state, where the people love it cooked in a particular way.

“There is always demand because Singaporeans love chili crab. One of the major restaurants supply chain requires one ton every day just to meet the local consumption needs,” Chan said at the webinar.

AIC, which launched in 2019, serves the local aquaculture industry through contract services, applied research and development, and manpower training. It is the national centre for aquaculture funded by Enterprise Singapore, a government agency,

Currently, Singapore has only a couple of crab-fattening farms. No commercial hatcheries exist. AIC, which is non-commercial, is the country’s only organization involved in R&D in mudcrab hatchery. One could say that AIC is the ground zero of the city-state’s mudcrab industry.

“We aren’t a commercial and production centre but we would license our developed technologies and products to companies , keen to take them further and commercialize them,” she told Hatchery International.

Companies and farms interested in getting  into hatchery and grow-out operations may go to the centre for a good push. With regard to mudcrab, the objective is to develop specific pathogen-free crablets (C1-C3) for farms and companies to take on for grow-out.

“AIC intends to develop its own line of specific pathogen-free broodstock for sustainable quality production of crablets,” she said.

Technology and innovation are seen as the equalizer to Singapore’s glaring lack of arable land for agriculture purposes. It represents only one per cent of the country’s land area.

R&D includes conditions and processes in health checks from adult spawning to crablet stages, as well as customization of feeds for ease of crablet development from larviculture stage. Culture conditions for each growth stage are carefully being developed.

On top of having specific pathogen-free crabs with improved feed intake and better growth performance, they are also batting for reduction on wastage, water pollution and dependence on seafood as natural feeds.

These IP technologies will be licensed out to companies for grow-out and commercialization. Other than licensing the IPs out to companies, AIC will also look at working with local relevant authorities in releasing the crablets for conservation purpose. 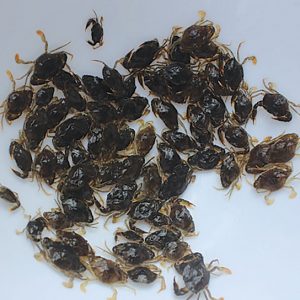 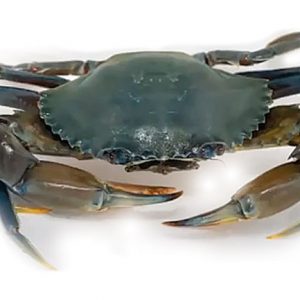 Philippines
It seems that no one can rest assured as far as crablet supply goes.

The Philippines may be one of the world’s top exporters of mudcbrab but it could produce much more, based on stakeholder feedback. And a solution may be just hiding in plain sight.

Inadequate supply of crablet has been holding back their production volume, farmers said during an on-site training course organized by the Southeast Asian Fisheries Development Center Aquaculture Department (SEAFDEC/AQD) in the province of Capiz. These are mostly of wild-caught origins coming from far-away provinces.

Conversion of abandoned and underutilized hatcheries in Capiz could create faster access and increased supply of crablets, SEAFDEC/AQD chief Dan Balilao suggested. Twelve such facilities have been identified. These used to be tiger shrimp hatcheries until the 1990s when the industry, which used to be very lucrative, collapsed because of disease outbreaks.

Capiz, known as the “Seafood Capital of the Philippines,” produced 2,000 metric tons of cultured mangrove crabs in 2019. The value of P1B ($21M) made up for 11 per cent of the national mangrove crab output from aquaculture.

SEAFDEC/AQD has been researching on mangrove crab since 1981 has made its mark in the advancement of mangrove crab technology. Part of its advocacy is regular providing seminars.

India
The government of India was among those who tapped SEAFDEC’s expertise. India is a mudcrab exporter but at that time, in 2002, it was importing crablet. Today, the Rajiv Gandhi Centre for Aquaculture (RGCA) is the country’s pioneer in mudcrab hatchery.

Through patented technology, they produce disease-free crablet and instar survival rate of 7.5 per cent. The average survival rate of three to five per cent in some Asian countries was taken as benchmark when patent application was submitted in 2011. The patent was received this year.

The R&D arm of Marine Products Export Development Authority (MPEDA) of the Ministry of Commerce and Industry, is a no-profit, no-loss organization. They produce other species for aquaculture, as well.

The patented mud crab hatchery technology serves the crab farmers in coastal communities. Conservation is also part of the mandate. By using hatchery-produced seedstock, the wild crab population is conserved.

Qualified entrepreneurs may avail of financial assistance to set up hatcheries in India.

The commercial hatchery was established in 2013. The proprietary technology it uses was developed beginning 2004. Mudcrab expert Dr. Emilia Quinitio, at that time the head of the National Mud Crab S&T Program at SEAFDEC/AQD, came on board as consultant to train the technical team and establish the hatchery.

“The patented technologies include the fully bio-secured facilities and the protocols involved in the production of crab instars – starting from the screening broodstock for OIE-listed diseases, well-designed indoor algal laboratory, larval-rearing facility, diet preparation facility, Artemia production unit, and harvest and packing unit designed under one roof are unique,” said Kandan.

Since 2011, the centre has produced and distributed 7.28 million instars to 659 farmers.

The hatchery can produce 1.4 million instars annually and can go as high as 2 million. Yearly volume of supplied instars has peaks and lows. After hitting a record high between 2018 and 2019, figures significantly dropped due to natural calamities and the pandemic.

“Increase in production is expected after the pandemic when mobility is no longer a problem for the farmers to source crab instars from RGCA hatchery, feeds and other supplies,” Kandan said.