Features Research
Deformities a cause for concern in salmon sector 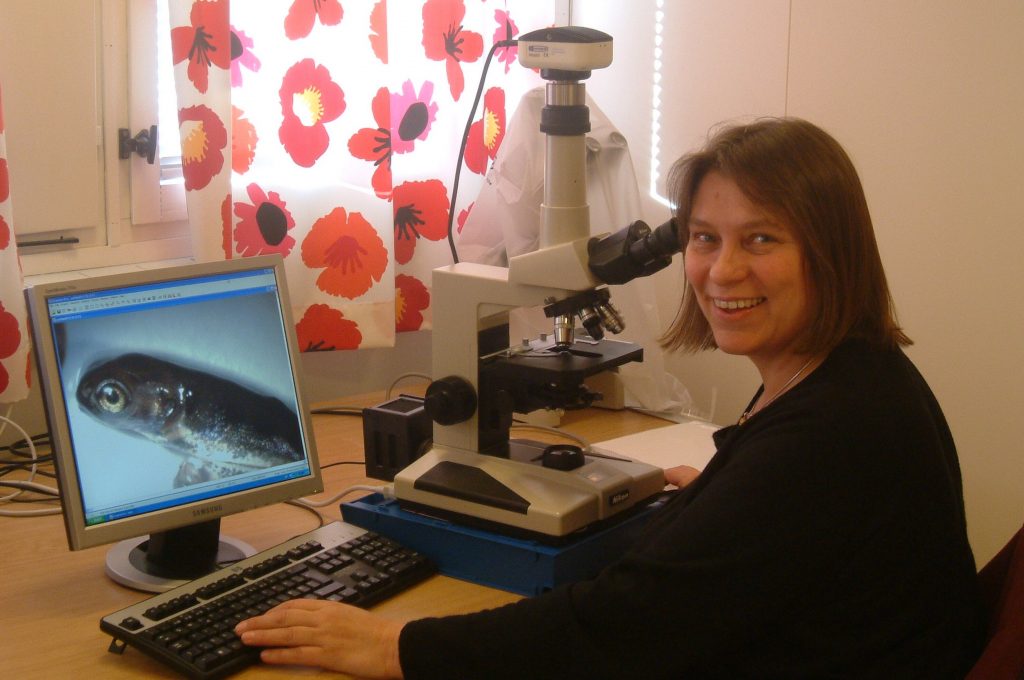 Sporadic reports of deformities in the last year are a cause for concern in the Norwegian salmon industry. Higher temperatures in hatcheries as well as changing ingredients in feed could be the culprits.

Deformities in farmed salmon were a significant problem in the Norwegian salmon farming industry 10-15 years ago. This was caused by factors such as high temperatures during egg and parr production, phosphorus deficiency and vaccination problems.

However, through a focus on these challenges, the problems were gradually solved and the issue eventually dropped off the radar. But now, according to Grete Bævfjord, senior scientist at the Norwegian Institute of Food, Fisheries and Aquaculture Research (Nofima), deformities have reappeared in recent years, although not to the same extent as a decade ago.

In 2012, she received an increasing number of calls from industry players that had questions on deformities. And in 2013, Marine Harvest characterized it as a significant problem.

“The reports of deformities today are more sporadic than last time. It is by no means a crisis, but there is reason for concern. There are also reports which show that this is a problem outside Norway as well,” she says.

“The big question is – are the reasons the same as they were the last time, or is something else causing the deformities? Most likely, it is a mixture of both,” she claims.

When the last wave of deformities hit the industry, high temperatures in the freshwater production phase was one of the main causes. This was resolved by adjusting the temperatures, both in egg and fry production.

Bævfjord believes temperatures in the egg production are currently under control, but says that the hatchery sector may have had little focus on this in recent times and become too relaxed so that temperatures have been turned up again. One reason for this could be that those who took part in resolving the issue the last time around have moved on, and that the new people working in the hatcheries are less aware of the consequences of raising the temperature – and perhaps think it is not such a big deal.

“But it is the same information that was given to the producers ten years ago that counts today,” she points out.

Another reason for the reappearance of deformities could be connected to feed and nutrition.

“Some years back, the feed lacked phosphorus. We know the phosphorus content in feed was increased, which contributed to removing the problem.”

“I don’t think this has now been reduced, but the raw material in feed has dramatically changed over the years and it is a concern that minerals may not have been prioritized highly enough in more plant-based feed,” she says, adding that concrete information on this from the feed companies is not available.

According to a report on the usage of raw material in feed compiled by Trine Ytrestøy of Nofima for the Norwegian Seafood Federation, the use of plant ingredients vs. fish ingredients over the past 20 years in Norwegian aquaculture has changed from 63.8% fish meal in 1990 to 19.5% in 2012. Even in the last two years, the amount has dropped by 6.1%.

Plant-based feeds contain less phosphorus than the traditional raw materials, and are less accessible. But feed needs to contain a high dosage of phosphorus, as this is the only source for phosphorus for the fish, she explains.

Zinc is another important mineral that the fish needs.

However, such additives are costly and take up space in relation to other ingredients. There has been some research on different raw materials in feed in relation to fatty acids and proteins, but more research is needed on the role of minerals and with regards to digestion and accessibility, she says.

“We do not know whether the deformities we now see have a connection with nutrition and minerals, but we suspect it. This could potentially have a big influence,” she concludes.