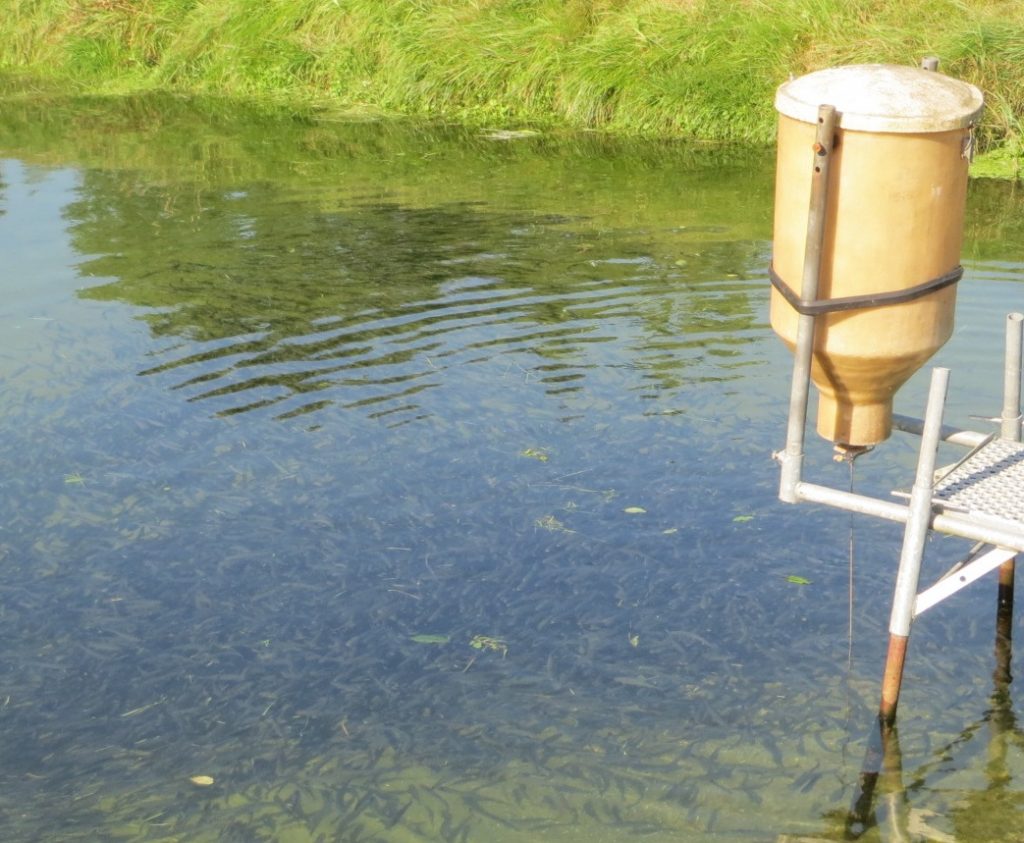 According to European Commission regulations the life cycle of all animals in organic aquaculture must be 100 % organic by January, 2016.

This requirement of exclusively organic fry from 2016 entails major challenges for organic farmers. The organic rules only allow very limited treatments against diseases to maintain the organic certificate. Fry is vulnerable to disease and hence the robustness of fry to diseases is crucial. In particular this concerns one of the most serious trout fry diseases in Danish aquaculture, Rainbow Trout Fry Syndrome (RTFS).

The basic hypothesis of RobustFish is that there is a relation between the time of absorption of the fry yolk sac followed by swim-up/searching for feed at the water surface – and the robustness and growth potential. Thus it is assumed that the first fry at the water surface (”early swim-up”) will perform better during grow out than the last swim-up fry (”late swim-up”). Using a specific developed sorting device the fry is sorted into fractions (”Early” – ”Medium” – ”Late”) as they are swimming up.

The project will investigate the robustness of the various fractions of fry. This includes investigations of the influence of the dietary content of essential Ω-3 fatty acids (HUFAs), which are important for growth, health and welfare of the fish, as well as testing robustness to stress.

Stress and RTFS tests will be performed to investigate if these two factors can be included in strategies to increase the robustness of the fry. Further, the effect on health and welfare of water treatments using approved agents in organic aquaculture are tested. However, the outcome of RobustFish will likely improve the productivity of conventional trout farming by lower prevalence of RTFS, reduced medication and lower environmental impact.

The objectives of the RobustFish project is that Danish organic hatcheries will be able to produce stronger, more healthy and stress resilient organic trout fry to underpin increased European organic trout production.

The project is carried out in cooperation between Technical University of Denmark (DTU Aqua and DTU Vet), University of Copenhagen (Dep. of Food & Resource Economics), University of Aalborg (Dep. of Development and Planning) and The Danish Aquaculture Organization.

Further information is available at the project website: http://www.icrofs.org/Pages/Research/ORG_RDD2_Robustfish.html

Alfred Jokumsen is Senior Advisory Scientist at the Technical University of Denmark.