May 16, 2018
By Hatchery International staff

South Africa will soon be home to a new large-scale, land-based fish production facility that is expected to produce an initial 1,800 tonnes of trout per year, according to Danish construction firm Gråkjær.


May 16, 2018By Hatchery International staff 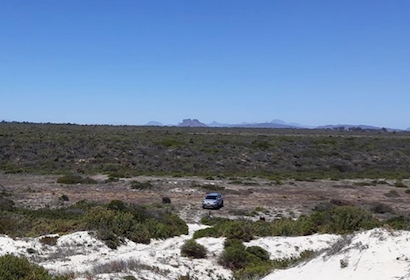 The Danish company was hired by Cape Nordic Corporation (CNC) to supply the conceptual design package for the fish farm near Cape Town in South Africa. The facility will contain a hatchery, first feeding, fry, a pre-smolt unit, smolt and grow-out units and a purge system. In the first phase of production, plant have capacity to produce 1,800 tons of sea trout per year, and the capacity to grow fish from egg to a final slaughter weight of about 5.2 kg. The construction design will also facilitate the production of salmon in the future.

CNC is a company made up of four investors, including Danish Erik Rasmussen, who is on the board of directors for Sashimi Royal and chairman of the board for Maximus.

The increasing demand for fresh fish in the African markets presents an opportunity for local production of sustainable fish in South Africa. Africa imports huge amounts of salmon and trout from Europe annually – including several thousand tons of Norwegian salmon flown into the continent.

“That is why we see major opportunities for the local production of land-based, sustainable fresh fish for the South African market at competitive prices,” Rasmussen said in a statement.

Under the contract with CNC, Gråkjær will provide the design, processing equipment, supervision, project management, fish farm support, training and start-up of the fish production facility.

“Since Gråkjær’s decision in 2015 to expand its fish farm construction activities, the strategy of the Aqua division has been to ensure the development of expertise and competencies on a par with those of our agricultural division. In September 2017, Gråkjær Aqua announced that we now also possess the expertise and competencies it takes to deliver the water treatment system for the land-based fish farm,” said Morten Malle, director of Gråkjær Aqua.

“In other words, our first contract represents a benchmark, since its main focus is on the provision of the water treatment system for a large fish farm for CNC.”

Today Gråkjær constructs land-based fish farms in various locations in Europe in association with external contractors, who until now have provided the water treatment systems. It is expected that this positive cooperation will continue in more construction projects, depending on the client’s wishes in accordance with the construction process, the company said in a statement.

Having fish production local to South Africa is expexted to reduce the need for air transport of fish from Europe, saving “considerable amounts of CO2, helping to keep the fish production sustainable in accordance with the UN’s 17 Global Goals,” according to Gråkjær. The fish-slaughter plant will also be powered by sustainable wind energy, and the limited amount of bio-waste from production will be used as fertilizer on the farmland that surrounds the plant.

“That means we will satisfy Gråkjær’s goals in terms of climate and the protection of marine life, which are two of the UN Global Goals,” Malle said.