The Gerry Cook Hatchery on Lake MacDonald in Australia will be forced to move operations in early 2019 due to major work on the lake’s dam wall and spillway. Dam operator Seqwater, who leased the land to the hatchery, will likely need to utilize the land for storage, including potentially filling in the breeding ponds which are used to support the endangered Mary River cod. 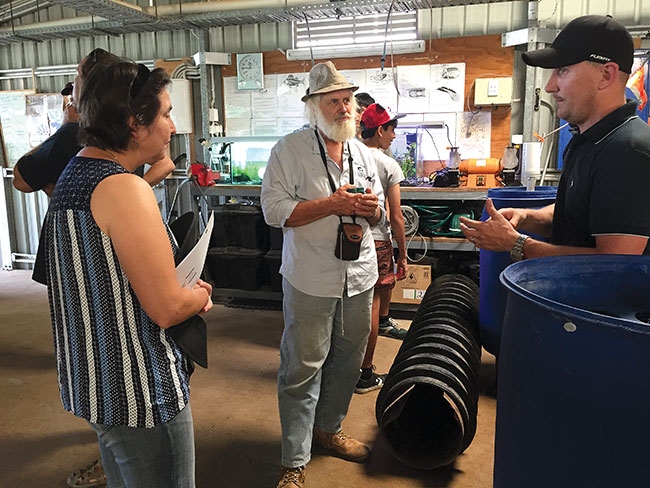 Mary River Catchment Coordinating Committee Chairman (MRCCC) Ian Mackay says the hatchery will have to relocate for up to three years, and moving back could have its own challenges.

“It is not yet clear how much of the hatchery land will be needed for the storage of construction materials,” says Mackay. “If the area isn’t required and the ponds can remain as they are, the reinstatement shouldn’t be too difficult. If some or all of the ponds need to be rebuilt, the moving back in process will be a bit more complicated.”

The MRCCC will relocate equipment and operations to a property owned by an associate in nearby Cooroy, where new breeding ponds will be dug. Mackay says that hatchery operations will be somewhat reduced, particularly in the first year as they sort out any problems, but keeping their operations ongoing, even on a reduced scale, will be worth any challenges involved.

“There was consensus among the hatchery steering group that for a number of reasons it was not desirable to release the broodstock and seek to re-commence operations in three years’ time,” says Mackay. “Thankfully, Seqwater have agreed and are prepared to assist financially. Clearly there’s a lot of work involved in the move but the dam upgrade is necessary and we’re buoyed by Seqwater’s approach.