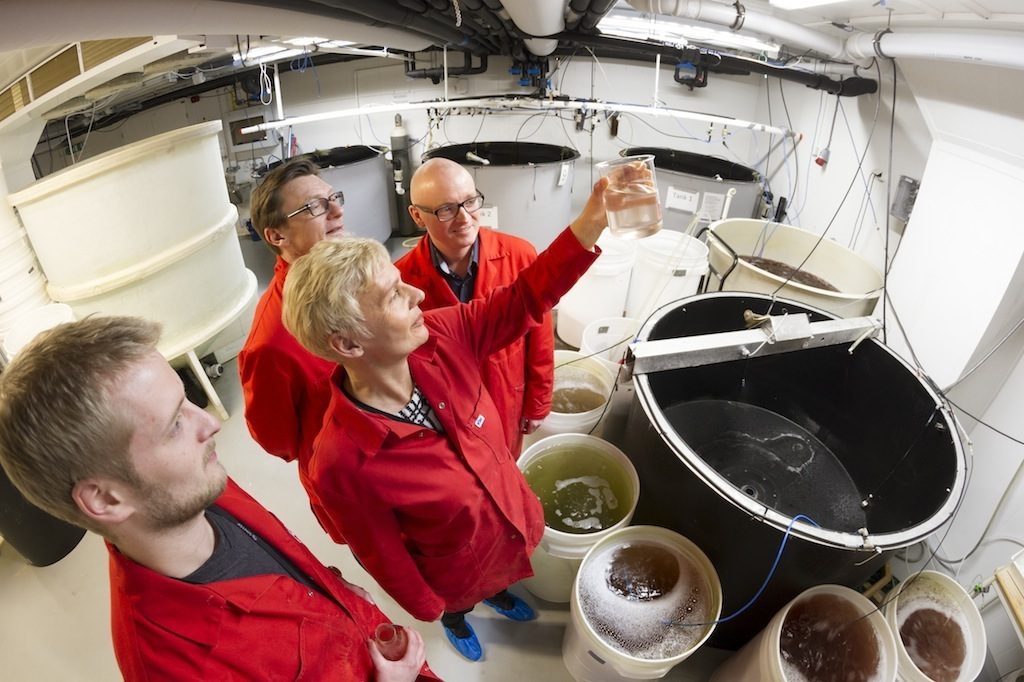 For several years the research institute SINTEF in Trondheim, Norway has been cultivating a copepod species, Acartia tonsa, which researchers have been feeding to newly hatched fry of several marine species.

Now, on the back of this, SINTEF has established a new company C-Feed AS, to produce copepods and copepod eggs for sale as a commercial product.

The company estimates that in the course of ten years, the global market for this type of feed will be around NOK 2 billion (Euro 244 million). Of the total, about half will go to species already being farmed and half to new species for cultivation.

“It is usually the fry stage that has been a problem. This was for example seen in halibut farming during the ’90s.” says SINTEF researcher Jan Ove Evjemo. “Using copepods which are found in the fish’s natural food chain is a great benefit. And most of the marine fish species can use the copepod feed.”

“Feeding trials with cod in Norway comparing traditional live feed (Artemia and rotifers) with copepods revealed that feeding the fry with copepods leads to a different growth rate. Copepods can reduce the farming time up to one year,” claims Evjemo.

In laboratory trials with the feed, SINTEF’s aquaculture scientists also managed to double the survival rates of lobster fry. They have also had very promising laboratory-scale results with fry of halibut and ballan wrasse – and are planning projects to test the feed on octopus and members of the grouper family.

Through the copepod feed, SINTEF researchers have also had a breakthrough in the early stages of tuna farming, rearing large numbers of tuna fry using copepods.

“We have had one smaller trial and seen the impact. Now we are going to try tuna farming on an industrial scale. Anyone who has tried this before has struggled to get the fry to survive in the early stages of life. The feeding technology SINTEF has developed is the foundation for doing this,” Evjemo explains and says the research institute is collaborating with a commercial company located in Spain.

“We believe newly hatched tuna fry need to be given cultured live feed organisms and must be farmed in tanks so that the production can be controlled and predictable,” says Evjemo.

In Norway, the water is too cold to farm tuna. But Spain and Japan have been ranching them for a long time, usually based on the capture and fattening of juvenile wild fish.

“The dream of a more intensive production has failed due to the fact that no one has managed to secure a stable supply of juveniles. This is because nobody has been able to produce a good enough feed for the larvae. We believe we have now cracked this code,” says the SINTEF researcher.

C-Feed will start production in rented premises at SINTEF Fisheries and Aquaculture in Trondheim. In the beginning, they will rely on staff hired from the Institute.

“C-Feed will gradually scale up the production and develop new technology to optimise all steps through the whole value chain,” says Evjemo. If demand increases, setting up production facilities in other countries could also be an option.

Ttiny copepods are the “baby food” that SINTEF is cultivating as feed for the tuna fry. (Photo: SINTEF/Jan Ove Evjemo)