Forming the bedrock of the Eastern oyster family-based breeding initiative 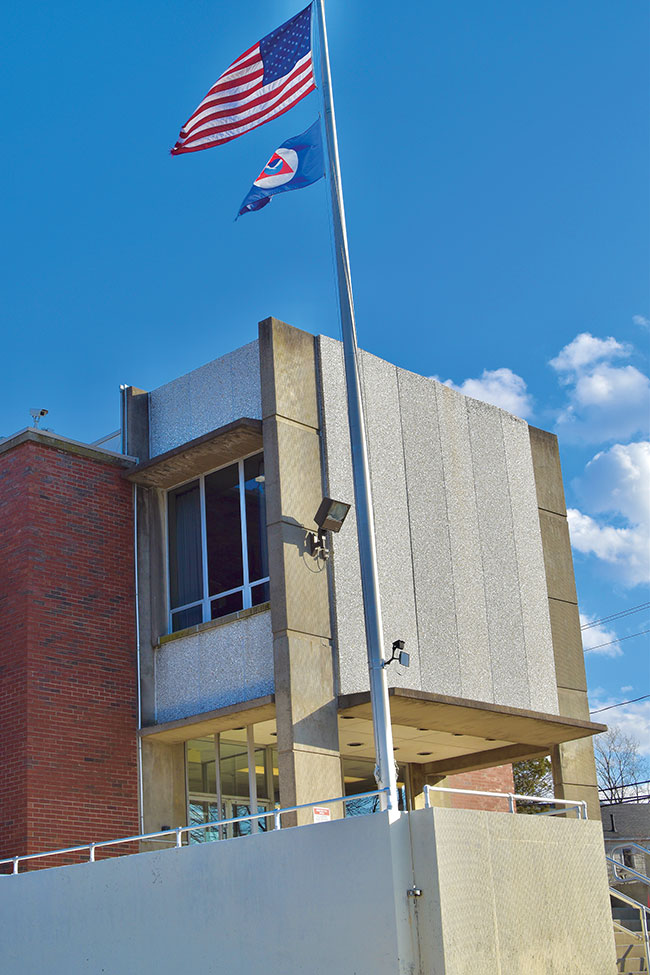 The Milford Laboratory, a world leader in aquaculture science, is the new home of a Cawthron Ultra Density Larval System (CUDLS) — the first in North America, according to Kristen Jabanoski, sciences communications specialist at the lab. The Cawthron Institute of New Zealand originated this technology to deal with one of the most vexing challenges of a shellfish selective breeding program: how to reliably produce a large number of shellfish families in a hatchery setting without breaking the bank.

The innovative technology also ushers in the launch of the Northeast Oyster Breeding Center (NOBC), a joint program between the U.S. Department of Agriculture (USDA) and the National Oceanic and Atmospheric Administration (NOAA) Fisheries. The NOBC hatchery will be located within the Milford Laboratory facility.

Still subject to a final agreement between the two governmental agencies, the creation of the new centre comes at a time of increased commitment in the U.S. to breed oyster lines that resist disease, are resilient in the face of climate change, and perform well in different regions. To that end, in 2019, NOAA Fisheries made a five-year, US $4.4 million grant to shellfish scientists to develop new tools to accelerate selective breeding supporting oyster culture. Known as the Eastern Oyster Breeding Consortium, it includes 10 universities, as well as the USDA and NOAA Fisheries.

The consortium also has strong support from its commercial partners, the East Coast Shellfish Growers Association, which represents 1,500 shellfish farmers from Maine to Florida.

“This is all predicated upon the remarkable success of oyster farming on the East and Gulf Coasts of the U.S. Commercial success has led to this science investment,” says Dr. Gary Wikfors, lab director of Milford. “In turn, our research will make oyster farming more dependable and ensure better economics for growers.”

An international CUDLS network
Wikfors first become aware of the Cawthron system while collaborating with French researcher René Robert, who had built an experimental hatchery in Brittany (the northwesternmost region in France), which incorporated many ideas from Cawthron. Maintaining a 25-year relationship with French shellfish researchers, he later met Julien Vignier, who was subsequently hired by the Cawthron Institute to operate the CUDLS hatchery for selective breeding of Pacific oysters.

“I want to highlight how important international collaboration and connection are in this small world of shellfish hatchery science and development,” says Wikfors.

From mussels to oysters
It was almost 20 years ago when Cawthron announced its success in rearing New Zealand’s iconic Greenshell mussel under hatchery conditions. The invention of the Cawthron Ultra Density Larval rearing tank was a product of this research.

Its enhanced larval density results in “dramatic increases in efficiency and reliability beyond other rearing units,” Hatchery International reported in a profile of Cawthron in 2018.

Now, U.S. researchers are turning the technology to the family-based breeding of the Eastern oyster. The key to its success is the ability to make specific genetic crosses while producing many families, simultaneously. This results in gaining genetic advances faster. 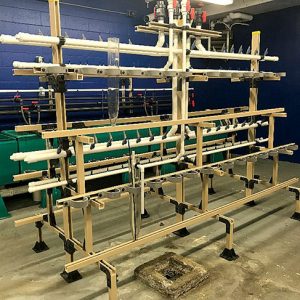 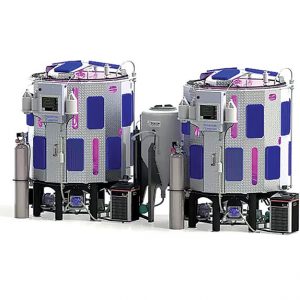 Flexible racking structure for cones
Milford’s research chemist, George Sennefelder, has customized a culture system featuring the acrylic cones purchased by the Northeast Fisheries Science Center, part of NOAA. For the pilot project, he has built a rack that can hold up to 56 of the individual cones. Into each 2.5-litre cone flow two pipes, one supplying filtered seawater and algae from a header tank, and a second providing air. A fluorometer measures how much algae are actually in the water so that “we can control that mix,” Sennefelder adds.

The racking structure for the cones has a much smaller footprint than that of a traditional system—about one-fifth the space. Although Milford has what Wikfors calls a “big tank farm building,” this space efficiency is still a major advantage.

Sennefelder opted to construct the support structure of fiberglass, a material he has been using for the last few years in wet labs. “There are no health risks to the animals. Nothing leaches off of it,” he notes. It is also “completely adaptable,” accommodating farther separation of the cones, for example.

Another design innovation Sennefelder introduced, was to divide the racking system into quarters. Because of this, researchers will be able to experiment with different flow rates, water volumes, and concentrations of algae.

“It is a continuous flow-through environment,” Wikfors emphasizes. This translates into “significantly less hands-on work,” resulting in both reduced labor and handling loss.

For algae production, the Milford team will also be able to tap an Industrial Plankton photobioreactor (PBR), purchased by the USDA. It’s a PBR 2500, which grows two algae cultures in separate 1,250-litre (330-gallon) tanks. “The PBR optimizes the growth of the algae with a very high density on a small footprint,” Sennefelder says, adding that they look a little bit like R2-D2.

CUDLS role in the selective breeding program
“There are two super important advances that are essential to applying 21st century genetics to oysters,” says Wikfors. One is the annotated genome of the oyster, first sequenced in 2012 and subsequently enhanced with a description of what different genes do.

The other is the SNP-Chip, for which NOAA provided funding and development is underway.  It’s essentially a small piece of silicon glass to look among samples of oyster tissue for DNA sequences that are different—providing a genetic marker.

“It is quite important for a big group, like the consortium, to have a comprehensive tool for measuring the genetics of an individual oyster—inexpensively,” says Wikfors. “The development of the SNP-Chip has moved along ahead of schedule and under budget, which is kind of a miracle.”

So, how will the program work?

A geneticist, newly hired by USDA Agricultural Research Service (ARS) and located at the University of Rhode Island, is developing a breeding plan based on knowledge of the genetics of the fathers and mothers in different families of Eastern oysters. The blueprint anticipates combinations that will yield traits suited to, say, the colder waters of Maine, USA, or lower salinity in Long Island Sound in the USA.

Some 50 to 100 families will be reared in CUDLS, then grown out in marked cages by commercial farmers. Then USDA scientists and staff will collect samples from those farms and analyze their genetics, correlating them with performance metrics like survival and growth rate.  Information goes back to the geneticist with the master plan, and the cycle begins again.

From breeding to brood stock
The goal of the family-breeding program is to find parentage that produces lines of oysters that perform well in different locations. To do that, it will be necessary for the Milford scientists to produce annual rounds of seed at factory scale. As results become conclusive, says Wikfors, part of the breeding centre’s operation will transition to provide hatcheries with brood stock to produce commercial quantities of seed.

“The process is to get our science into the farmers’ hands,” he says. But key throughout will be communication from industry constituents back to the laboratory. “They need to tell us what’s working, what isn’t and that informs our next round of research,” says Wikfors. “It prevents us from going down an academic rabbit hole.”