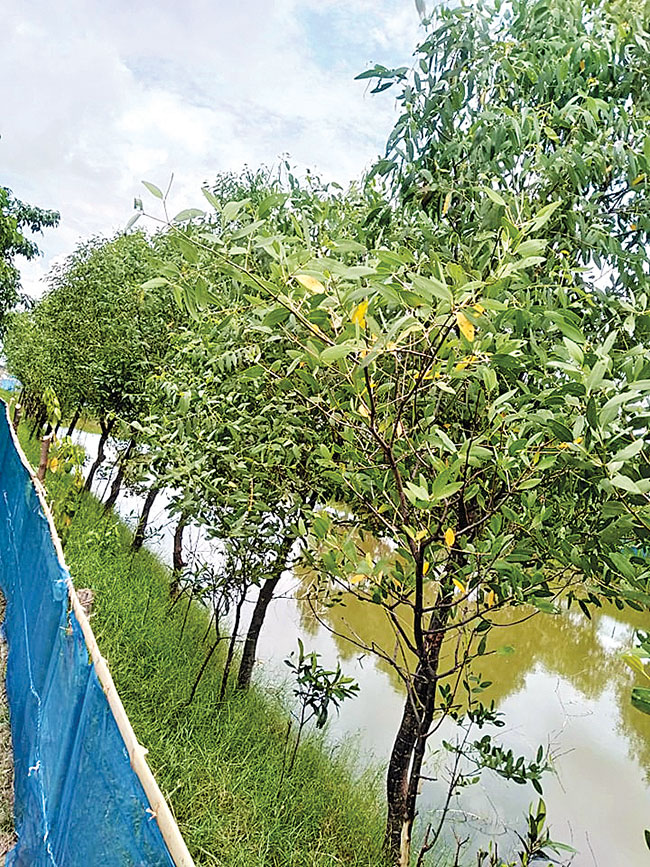 “We observed that the tested mangrove leaf litter of different species produced natural food for shrimp post-larvae (PL) and the performance of leaf litter was different. But the growth was comparatively low with only leaf litter during the nursery period,” Md. Iftakharul Alam told Hatchery International.

Alam, a PhD research fellow at the Wageningen University and Research at the Netherlands, is the principal investigator of study, “Synergistic effects of mangrove leaf litter and supplemental feed on water quality, growth and survival of shrimp (Penaeus monodon, Fabricius, 1798) postlarvae,” published in Aquaculture.

“The leaf litter of mangrove species can help the shrimp PL to survive. But for profitable operation, the farmers can apply some feed to enhance the growth,” he said. The study was conducted in Bangladesh.

Leaf litter-and-feed resulted in 21 to 33 per cent higher weight gain of shrimp PL based on the combined contributions of leaf litter only or feed only. It also posted highest average survival, ranging from 86 to 94 per cent. 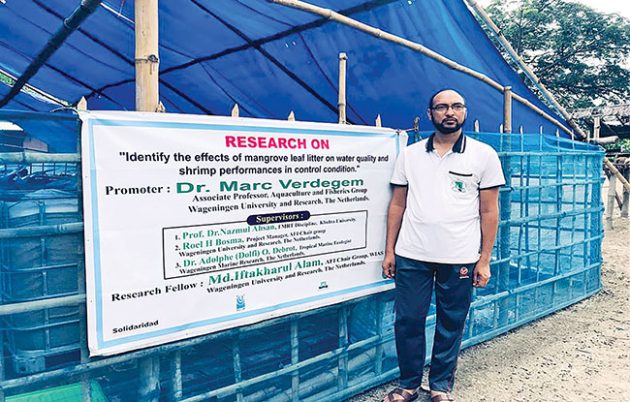 In addition to releasing nutrients, leaf litter also provides surface area, where microbial biofilms develop. These add nutritive value and act as a biofilter in the system. “Finally, the leaf litter and biofilm interact with nutrient provided with the feed, enhancing food availability and food quality in the system, creating synergism,” he explained.

Mangrove leaves has anti-nutrient properties. One kilogram of freshly collected leaf litter per 1,000 litres of pond stocked with 100 15-day old PL produced a concentration low enough for anti-nutrients to not have a negative impact on PL survival and growth performance.

Many factors contribute to the environmental sustainability of the silvo-aquaculture ecosystem. The carrying capacity of the mangrove-shrimp ecosystem must be considered so that all organic matter entering the pond, including mangrove leaf litter and shrimp feed, can be decomposed in-situ.

“If organic matter accumulated during the culture period in the pond, then the pond should be dried for a short one to two week period, before filling and restocking for the next production cycle. In this way, no oxygenpoor or toxic conditions will develop during the next culture cycle,” he said. Maintenance may include trimming or removing some trees bordering the pond.