BOSTON – Multiple stakeholder groups in Chile’s salmon farming industry are vowing to reduce antibiotic use for their farmed salmon by 50 percent over the next six years.

May 3, 2019  By Hatchery International Staff 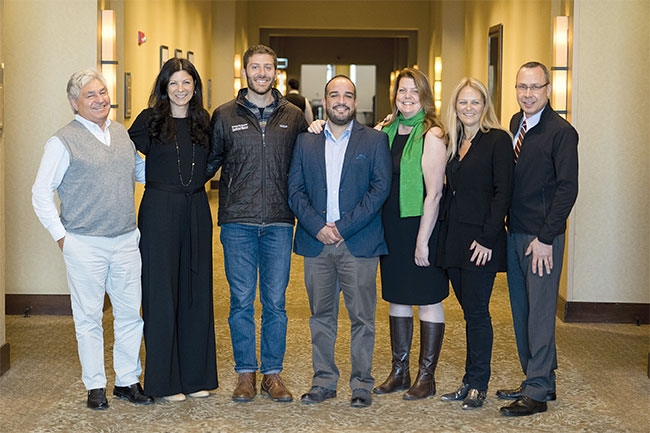 CSARP is an industry collaboration involving SalmonChile, the national association for the salmon industry in Chile, the Chilean Salmon Marketing Council (CSMC), and the Monterey Bay Aquarium. The program is viewed as a step toward achieving a Seafood Watch Good Alternative recommendation by 2025.

“A 50 percent reduction in antibiotic use, in concert with other improvements to the industry, could lead to a Good Alternative recommendation. Improvement on that scale is excellent news for Patagonia, and for everyone around the world who enjoys Chilean salmon. We’re proud to support this work and are hopeful to see real change along the way to our 2025 goal,” said Jennifer Kemmerly, director of Global Fisheries and Aquaculture at the Monterey Bay Aquarium.

Commenting on the initiative, the CEO of SalmonChile said the industry in Chile has never before made such a “bold commitment.”

“We are excited to work together as an industry and with the Monterey Bay Aquarium to fulfill this extremely important goal,” said Arturo Clement, CEO of SalmonChile. “We have made significant advances in salmon farming over the past four years and always work to minimize the use of antibiotics. Collaborating to further this work is a major step we can take toward continuous and quantifiable improvement.”

A Seafood Watch recommendation will be a significant development for Chile, and some Chilean companies already enjoy positive Seafood Watch ratings, according to James Griffin, CSMC director. The CSMC is a U.S.-based entity dedicated to strengthening the reputation of Chilean salmon.

“In the coming years, this will be our focus, and U.S. consumers and the people of the Chilean Patagonia will benefit, but the ultimate beneficiary will be the ocean and ecology of such a pristine part of the world,” Griffin said.

During Seafood Expo North America, CSMC also announced a new creative campaign, “The Promise of Patagonia.” This campaign is focused on forging the connection for American consumers between the cold, clear waters of Chilean Patagonia, and the salmon they put on their table, according to the CSMC.

“The mystique of Patagonia is well-known,” said Ricardo Garcia, CEO of Camanchaca, vice-chairman of Salmones Camanchaca and chairman of CSMC. “We are emphasizing the pristine Patagonian region of Chile, where salmon is raised in the pure coastal Antarctic waters. As stewards of this remarkable ecology, CSMC’s members proudly produce high-quality salmon using environmentally responsible and sustainable aquaculture,” said Garcia.

“The Promise of Patagonia” will also signify CSMC members’ commitment to the welfare of the region’s salmon and to the environment in bringing a high-quality, reliable and nutritious fish to market year-round, the council said.