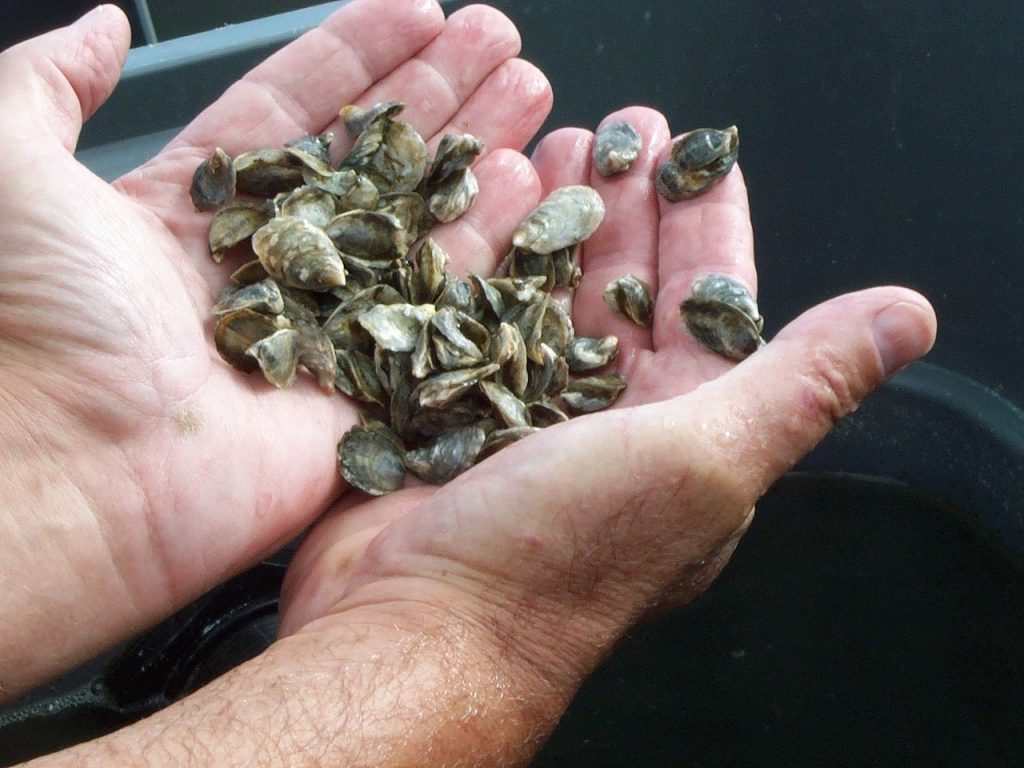 Axel Klimbel, executive director of Cultivos Marinos Tongoy (Cultimar), a subsidiary of Fundacion Chile, was contacted last year by the British Columbia Shellfish Growers Association (BCSGA) to see if they had any Japanese oyster seed (Crassostrea gigas) for sale.

BCSGA members were facing a crisis: their seed suppliers—mostly in Washington state—were continuing to have serious production problems in their hatcheries, mostly attributable to ocean acidification.

The crisis reached severe proportions with the continuing die-offs of large numbers of oyster larvae, and Klimbel told Hatchery International that Cultimar, which has a sizeable commercial shellfish hatchery in Tongoy, was able to supply some 40 million seed to the Canadian farmers. This is precisely what Cultimar (established in 1982) was designed to do, though until recently it had targeted Chilean shellfish growers. In more recent years, spat has gone to Mexico, Singapore, South Africa and Namibia.

“Canada is the new star,” said Klimbel, adding that Cultimar has 17 full-time employees focussed on penetrating the international market and becoming “a benchmark supplier of both shellfish seed and juvenile marine fishes.”

The Tongoy Aquaculture Centre, located in the Coquimbo region, 450 km north of Santiago, currently has a production capacity of two billion oyster larvae and some 45 million seed shellfish a year. Plus, the Quillaipe Centre in the Los Lagos region, designed to focus efforts on the southern part of the country, is a state-of-the-art aquaculture R & D complex with facilities for conducting trials and projects in both fresh and salt water. The Quillaipe centre houses Cultimar’s “AquAdvise” service to the industry, focussing mainly on salmon culture, with hatchery and product evaluations, bioa-assays, therapeutic drug trials, and other programs.

A presentation by Klimbel at the shellfish conference recently organized by the BCSGA notes that the sea water quality at Tongoy is good; plus the company is the only oyster grower in the region, which lowers the risk of disease transfer from other farms. “Natural barriers” protect Chilean oyster production from foreign diseases, and rigorous and continuous controls are enforced by the government.

All told, Klimbel said, 2014 production highlights included 340 billion larvae, 18 billion microalgae from the intensive-production system, over 70 million shellfish seed of around 2,380 micrometres, and an oceanic nursery to supply larger seed up to about 35mms across.

Their hatchery facilities include macro- and micro filtering systems, thermal water control for larval- and algal production, and U-V irradiation. Future plans include a 150% increase in the capacity of their upwelling system and doubling the “pre-seed system” and increasing the water-treatment capacity. Oyster seed production in 2015 is expected to exceed 150 million.

BCSGA executive director Roberta Stevenson said the association is looking to increase oyster-seed imports from Cultimar to perhaps 90 million this year. She said British Columbia shellfish growers were pleased with the seed they had received from Cultimar in the spring of 2014. These oysters had already had a spring and summer’s growth prior to their arrival in Canada in time to benefit from a second summer’s growth.