A Tanzanian study identified protocols that induce ovulation of African catfish (Clarias gariepinus) broodstock and improve the quantity of egg hatchlings. This is a welcome development in a country where practically all C. gariepinus fry are sourced from the wild. 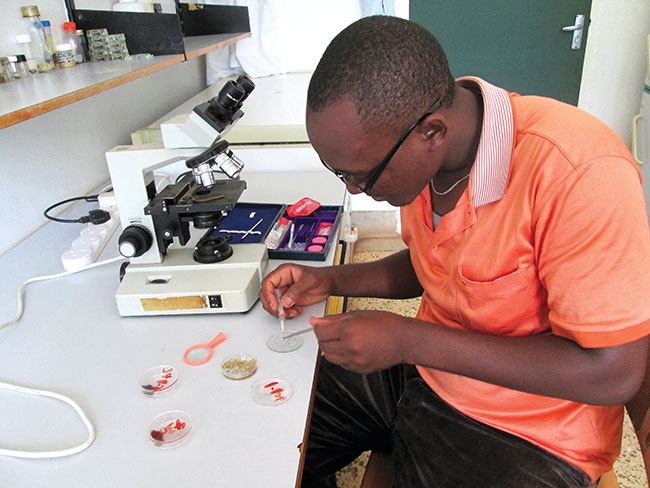 The unreliability of supply from the wild, because of environmental and climatic factors, has been pulling down its potential as an aquaculture stock.

“About less than one per cent comes from hatcheries and the rest are from wild,” Sebastian S. Mosha, principal investigator at the Africa Research Project Foundation (ARPF)-Tanzania, told Hatchery International. “Due to this, the most cultured species is tilapia which account almost 75 per cent of total aquaculture production in Tanzania.”

The low survival rate from larval to fingerling stage is seen as a disincentive in investing more in African catfish hatchery.

In Effects of different catfish pituitary gland extract dosages on eggs and hatchlings quantity of African catfish, Clarias gariepinus at a constant latency period, Mosha and Frank T Mlingi, assistant lecturer at the Department of Animal, Aquaculture and Range Sciences at Sokoine University of Agriculture in Tanzania, recommended a dosage of 4 mg of pituitary gland extract injected per kg of African catfish. Each dosage extracted from a male (300 g to 305 g) was injected to individual female (350 g to 355 g) at three replications and a total of 12 females were injected.

The study was published in the Journal of Aquaculture Research & Development. “The results indicated that as pituitary gland extract dosages increased, egg and hatchling quantity also increased,” Mosha and Mlingi cited in the study.

Pituitary gland is the main source of the major hormones responsible for reproduction in animals. The rule of thumb is for the pituitary gland extract to come from a fish of equivalent weight to the female spawned.

The study could be very helpful in assisting hatcheries in producing C gariepinus fry. He acknowledged, though, that there are two major challenges.

“First, there is lack of supporting funds for implementing the technology. However, I am planning in the future to write a proposal to request some funds from different provider organizations.

“Second, many hatchery managers might be aware of the technology but still they can’t produce sufficient number of fingerlings at a cheap price due to high mortality of catfish larvae at the early stage. This problem can be overcome by investing more in live feed production industry, which is not available,” he said.

There is only a 20 per cent survival rate from larval to fingerling stage.

“The proper use of quantified catfish pituitary gland extract dosage seems to be one of the solutions to improve egg quantity and hatching rate,” they said.