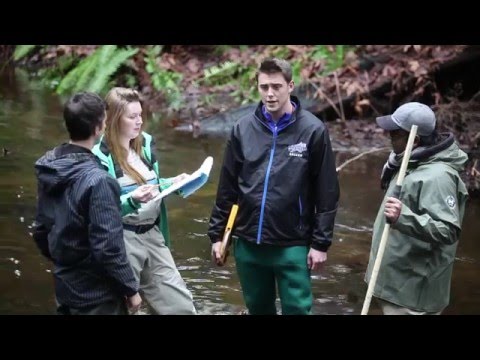 Students at the Fisheries and Aquaculture program at Vancouver Island University.  DFO's reversal on the proposed cuts to its salmonid-enhancement program has been hailed by many

Canada’s Department of Fisheries and Oceans (DFO) has decided against a number of proposed cuts to its salmonid-enhancement and support programs on the nation’s west coast.

The department is also reversing cuts to its Resource Restoration Unit, the engineers and biologists who help volunteers run community-based enhancement programs such as small hatcheries and stream restoration projects on the west coast of Canada.

One volunteer in a stream-keepers group in Hecate Strait, halfway up British Columbia’s coastline, called the reversal “a success story for community volunteers all through the province,” adding that there are an estimated 35,000 such volunteers scattered across BC. “Locally, it would have been devastating to our programs, our little hatcheries, and especially the salmon in the classroom.”

In Haida Gwaii, the Salmon in the Classroom program brings egg incubators to 15 elementary – and high school classrooms every winter and spring. A teacher in the area said elementary students learn the salmon lifecycle – from egg to fry, smolt and finally adult salmon, while the high-school youngsters deal with such subjects as ecology and habitat, stream restoration and forestry practices.

According to DFO, the Salmon Enhancement Program (SEP) budget this year is $27 million, with most of that money going to 23 major hatcheries run by the department. The department’s review of the Salmon Enhancement Program had suggested cutting out “non-core” projects such as community-run hatcheries that apparently raised only 8% of the total salmonid-fry released in 2015.

The proposed cuts were immediately unpopular, particularly in Haida Gwaii, where local New Democratic Party Member of Parliament Nathan Cullen was quoted as saying he found them “mystifying” – particularly given the small amount of money that would be saved.

“We need kids knowing more, not less about the salmon world, so they can become the generation that does better than the previous one at protecting it,” he’s cited as saying.