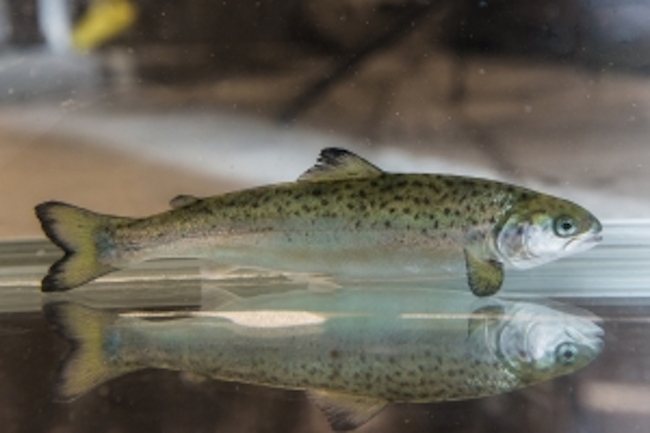 DFO will be requiring BC salmon hatcheries to screen for PRV

Jonathan Wilkinson, minister of DFO, said screening for the non-native Icelandic and Norwegian strains of piscine orthoreovirus (PRV) at BC hatcheries is part of a proposed risk management policy that aims to protect wild salmon and the health of farmed fish.

“Science tells us there are different strains of PRV around the world, and that the one in BC is naturally here and benign. Requiring farmers to test for foreign strains of this virus is a responsible approach,” said the BC Salmon Farmers Association (BCSFA), in response to the news.

The association added that its members are already testing for a number of known pathogens before smolts are transferred from hatcheries to the saltwater environment. “Testing for this additional virus will now be part of an already rigorous process,” it said.

The public has 60 days to comment on the DFO proposal, called Framework on the Transfer of Live Fish.

Related: Federal Court rules BC farmed salmon must be tested for PRV

In the interim, DFO said that as a precaution, it will be requiring enhanced testing and reporting of any instances of heart and skeletal muscle inflammation (HSMI) and jaundice syndrome in fish farms.

It said it will also invest additional resources to test farm sites to ensure proper and enhanced monitoring of farmed fish health.

“The Government of Canada is committed to following the precautionary approach, which recognizes that the absence of full scientific certainty shall not be used as a reason for postponing decisions where there is a risk of serious or irreversible harm,” DFO said in a statement.

Two new studies released early this year have suggested that the PRV is not as harmful as some believe (see ANA May/June 2019 page 7).