Features Recirc
Calculating sustainability for RAS: there is still work to be done 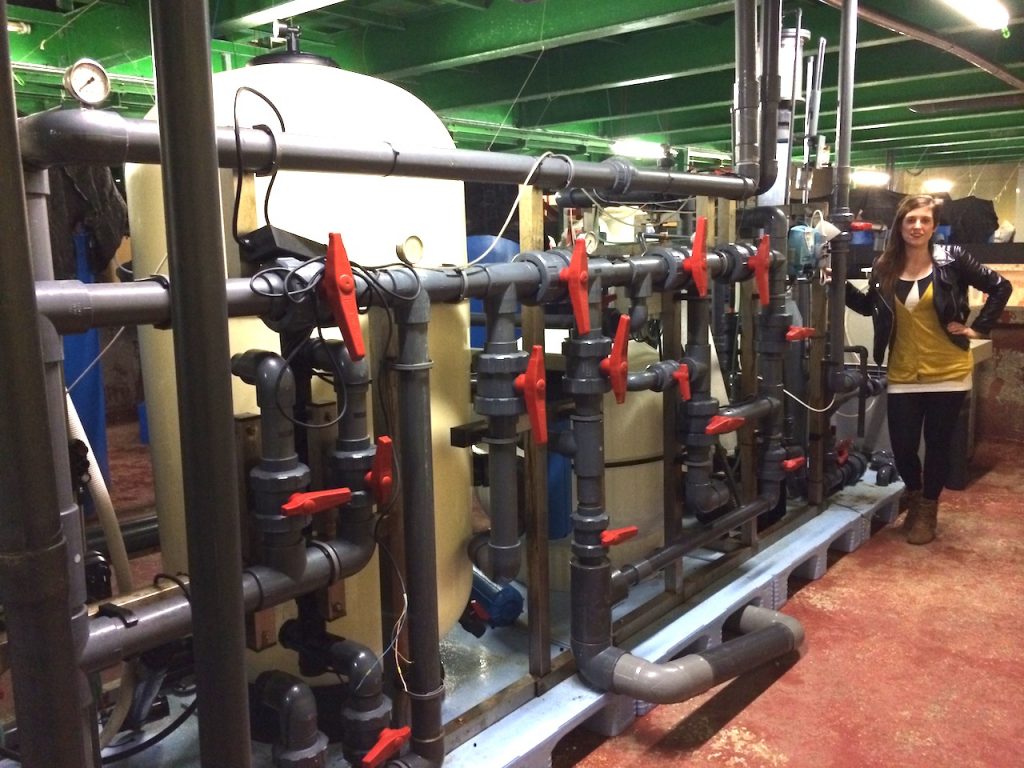 Recirculating aquaculture systems (RAS) are very often presented as the solution to making land-based aquaculture environmentally friendly, and even acceptable to sustainability-certification auditors and members of the public still critical of the industry. But doctoral student Maddi Badiola of the AZTI-Tecnalia technology centre serving the Basque region of Spain says that RASs’ typically high energy costs compromises their economic viability, and because it’s often hard to assess, that aspect of sustainability is often excluded from any audit.

“The majority of environmental certification processes omit the energy performance as a sustainability criterion,” says, Badiola who, with her colleague G. Gabina, presented a poster on the subject at the recent European Aquaculture Society conference in Spain.

Badiola told Hatchery International that there is a growing demand from the consumer public—as well as from environmental NGO’s—that energy indices be developed for the aquaculture industry, including RASs, with appropriate criteria developed for different species and production systems. She suggests it be based on evaluating the kilowatt-hours of electricity used per kilogram of fish produced, as well as the carbon footprint of the system planned. The latter could be determined as the mass of carbon released to the atmosphere for each kilogram of fish produced.

At present, said Badiola, only the Life Cycle Assessment (LCA) system of conducting assessments answers what she says is a necessary and important part of full sustainability evaluation process, aimed at helping fish hatcheries and on-land grow-out RASs reduce both costs and environmental impact, and “optimize their carbon footprint and overall environmental, economic, and social sustainability.”

Badiola and her colleague reviewed the literature on energy-related policies, ISO standards, and energy consumption at RAS facilities, along with material on current “best available technologies,” and how energy consumption is evaluated in present-day environmental certification processes. Then, as a year-long case study, they monitored the energy consumed in different parts of a small, pilot-scale RAS for cod. This allowed them to determine the long-term importance energy has in the plant’s total production costs.

“A portable electric power ‘logger’ and an energy meter were used to monitor energy consumption,” Badiola said, “the logger measured the consumption by each component, and the meter continuously monitored total consumption of the plant. An LCA was also performed to assess the importance of the energy within the sustainability of the aquaculture chain. All this information served to define the baseline and methodology to follow in order to conduct energy audits of RASs to reduce the energy cost of production.”

Badiola said the study clearly showed that in the Basque cod farm, which was to be compared with an operating (and certified) salmon RAS, the main energy user was the heat pump; the temperature of water drawn from the ocean fluctuated considerably, and the operators wanted to keep the fish within their comfort range, below16°C, even though the outside ocean water might be 21-22 °C. They also monitored energy consumption of the main unit- and secondary pumps, the tank skimmer- or waste removal system, and two U-V water-treatment systems.

She acknowledged that electricity prices vary considerably all over the world and that regional costs will influence the overall sustainability of a system in any particular place. In the Basque region of Spain it’s “really high”, as elsewhere in Europe. However, she said her study of the cod operation demonstrated to her satisfaction that cod can be raised sustainably on land in that part of the world, particularly if power were available from alternative systems such as wave – or wind generating systems.