Montana’s largest fish hatchery will cut by half the number of large trout — 7 inches or larger — it will place in the state’s waters over the next two years as a result of the cuts to the Fisheries Division of Montana Fish, Wildlife and Parks budget for 2018-2019. 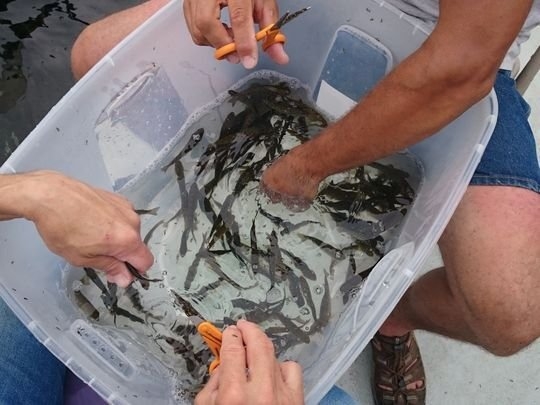 Big Springs Trout Hatchery, located in Lewistown, raises Yellowstone cutthroat, brown trout, and Kokanee salmon to an average of 4 to 8 inches and plants them in roughly 100 different waters throughout the state.

A $100,000 cut in the state’s fishing stocking program will mean fewer “coldwater fish, trout and salmon, of 7 inch or larger by 50 percent in 2018 and 2019 [but] this won’t affect the number of smaller fish, in the 4-inch range,” Eileen Ryce, administrator of the Fisheries Division, told Great Falls Tribune.

That’s a 50-percent reduction in “catchable” coldwater fish such as trout and salmon, which in the state’s fish stocking program is defined as rainbow trout greater than 7 inches, raised at hatcheries, are released in reservoirs to bolster fish populations.