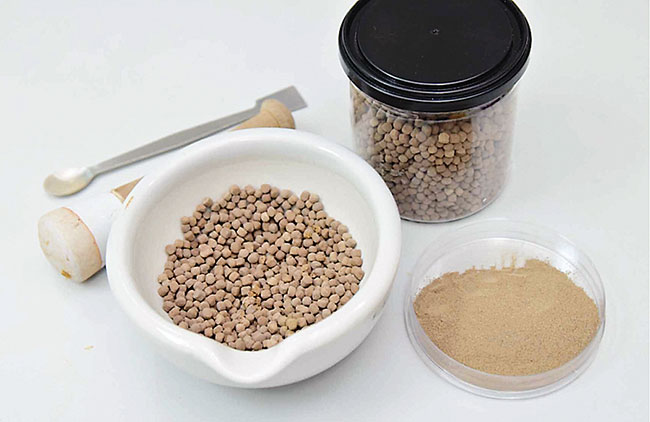 Analysis showed addition of graded quantities of seaweed to the diets led to significant modification of the content of minerals (ash), particularly the monitored iron concentration.

Graded levels of seaweed powder at 0, 1.5, 3 and 4.5 per cent were added to the diet formulations and fed to fingerlings for 55 days. Compared to the control, results showed that survival, feed consumption and efficiency, and growth performance were better in fish fed with 1.5 and 3 per cent seaweed-supplemented diet.

“Adding prebiotics to fish diet stimulates the growth of beneficial bacteria in the GIT and to enhance feed efficiency and growth performance in reared animals,” lead researcher, Dr. Muhammad Farzan Nazarudin, told Hatchery International. “Such prebiotic feed supplement is presumed to be useful in normalizing the bacteria flora in the GIT, to exclude invasion by opportunistic pathogens – which cause diseases – while enhancing the bio-availability of trace elements and minerals to the reared animal.”

Considering the potential benefits to health and performance, as noted in various terrestrial animals, Nazarudin said the use of prebiotics in fish and shellfish farming has been less investigated and it wasn’t until 1995 when the first study in the use of probiotic in aquaculture was reported.

He cited advantages that could encourage more fish framers to use prebiotics in fish diet: “It promotes reduction of drugs and chemical residue in farmed aquatic species. It results in improved survivability, feed efficiency and growth performance during farming of aquatic species, e.g fish and shrimps.”