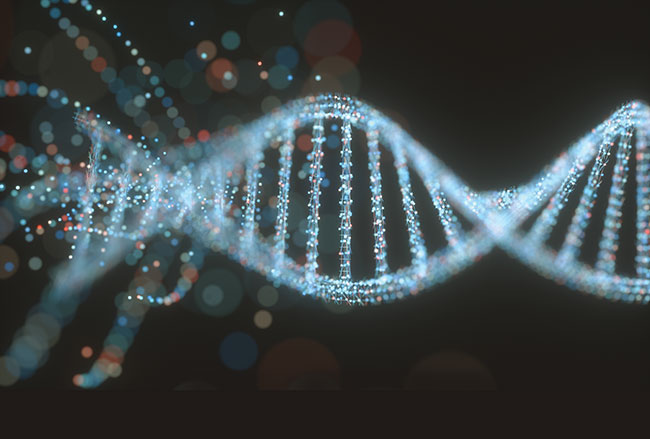 What do bovine and fish have in common? They both come fresh or frozen.

Advancements in cryopreservation technology have made it possible to produce generations of genetically superior animals from the same sire and long after that father had left this world. This technique has taken off in the cattle industry over the last 50 years and has gradually been adopted in commercial aquaculture, particularly in salmonids.

Two major players provide cryopreservation equipment and services to the aquaculture sector: Cryogenetics, headquartered in Norway and with offices in the U.S, Canada and Chile, and IMV Technologies based in France. Both companies provide the equipment and technology for cryopreserving milt, as well as the training and knowledge transfer to allow farms to do their own cryopreservation process in-house, if they so choose. In addition, Cryogenetics also offers storage service for frozen milt for facilities who do not have the space to store them on site.

Most of the applications for cryopreservation in fish culture is in salmonids, although the technology is essentially feasible for other aquatic species for a variety of purposes.

“Historically, we have seen cryopreservation being as an insurance, that you have a backup of your breeding nucleus and valuable males for ordinary egg production in case of loss of fish in a season,” says Eli Saetersmoen, chief executive officer of Cryogenetics. “Everyone should establish a back-up to ensure egg production and preservation of the very valuable breeding nucleus.”

Although cryopreservation in aquaculture is largely used in salmonids, Saetersmoen notes it has become an important tool to support breeding of other aquatic animals, such as halibut and lumpfish.

“We are adding protocols for new species to our product list as soon as we experience demand,” she says, adding that her company is doing these developments in close cooperation with their customers, which supply the valuable biological material for their experiments.

Cryopreservation, in general, becomes an important tool for egg producers with well-developed and systematic breeding programs. “Once you do sophisticated breeding and genomic selection, you know that some males have better genes than others, and then you’ll want to use the most valuable males as much as possible in your regular egg production,” Saetersmoen says.

Prized fish
There are generally two main applications for cryopreservation in fish farming. The first one is for optimizing egg production. The availability of frozen milt means the egg producer is not dependent on the natural spawning season or the quality of available male broodstock to produce good quality fertilized egg.

“To use frozen milt to ensure high quality milt year round is clearly a growing trend,” says the Cryogenetics chief executive.

The second application is to provide capability for genetic backup to ensure consistent availability of high-quality milt that are selectively bred for specific traits. Being able to preserve the genetic line of prized species ensures the profitability of egg production.

Global salmon egg producer StofnFiskur, owned by Benchmark plc, has been utilizing cryopreservation for this particular purpose, a critical instrument for building the company’s gene bank and ensuring the best genetics for Atlantic salmon egg production.

“Basically, what has pushed us into this technology is advances in genomics and securing access to the best males in the population for production of Atlantic salmon eggs,” explains Jónas Jónasson, CEO of StofnFiskur, based in Hafnarfjörður, Iceland.

Following the success of cryopreservation in bull breeding, “our ideas in the beginning were on preserving milt for (genetic) selection purposes.” He says cryopreservation allows the company’s breeding and genetics program to freeze the “very, very best males in the population to use for selection and production of salmon eggs.”

For about four years, StofnFiskur’s cryopreservation specialist Rosana Estévez worked closely with IMV Technologies on research and development, essentially mastering the art of cryopreservation to ensure the success of the company’s breeding and selection and gene banking initiatives – improving fertilization rates and achieving high-volume throughput so the best males can also be used for production and not only for genetic selection, Jónasson says.

“Now (Rosana) has demonstrated that we are on equal basis on survival of eggs, both using fresh or frozen, for selection purposes and production where the elite males are used. That is, in a way, our breakthrough,” he says.

Thanks to cryopreservation, StofnFiskur has managed to build up a library of salmon genetics that carry the various traits important to its customers worldwide.

“We actually have a catalog from which customers can choose which males they can use for which traits,” Jónasson says. In fact, he adds, the company now uses 100 percent frozen milt from its elite males for both selection and production purposes. 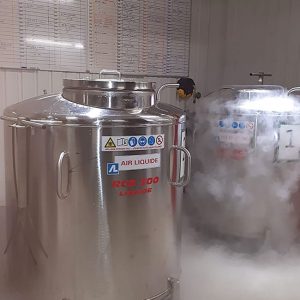 SofnFiskur in Iceland has built up its genetic library over the last couple of years using cryopreservation. (Photo credit: StofnFiskur) 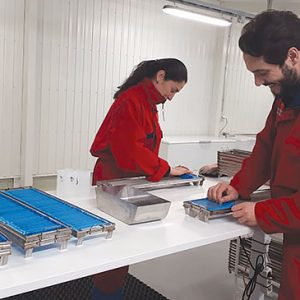 No secret
Knowledge transfer is an important business strategy for IMV Technologies, according to Soledad Francke, the company’s aquaculture marketing manager. IMV Technologies provides equipment and training for cryopreservation and reproductive process for aquatic species and other animals, including cattle and canine.

“We are showing customers how easy it is to set up so they can have their own cryolab,” Francke explains. “With automation and with good training, they can build their own sperm bank. This way, they can work their genetic backup at a low cost and start combining the genetics they prefer, without the stepbacks of seasonality,” Francke explains.

IMV Technologies was founded by Robert Cassou, who invented the bovine straw – the first container ever used for cryopreserving bovine semen. Today, this straw technology is also being used to preserve frozen milt from salmon and other aquatic animals.

Francke says when it comes to cryopreservation for artificial breeding, not all animals are created equal. Successful cryopreservation process will depend on the type of species, the condition and environment they are in, the thawing process, egg fertilization, among other things.

“The technique for cryopreservation is different for every species,” she says.

This is why IMV emphasizes that whenever new species are considered for cryopreservaton, accurate measurements on concentration, motility and an assisted implementation are highly recommended, Francke says.

Tech improvement
AquaBounty Technologies has been using cryopreservation since the 1990s, according to the company’s director of Canadian operations Dawn Runighan. She has seen how the technology has “substantially” evolved through the years.

“It allows you to use genetics to your advantage when you are operating a breeding program, but it also serves as an insurance policy so when you have a problem with one of your breeding farm or if something happens, then you have that as a backup to go back to and you’re not waiting three years for a fish to mature again – you can actually start again right away,” Runighan explains.

AquaBounty is the first producer to market the industry’s first genetically modified salmon, called the AquAdvantage. The company has production facilities in Prince Edward Island, Canada, and Indiana in the U.S.

AquaBounty uses technology and storage services from Cryogenetics. Runighan touts the convenience of having the Cryogenetics team perform the cryopreservation process for their milt and store them offsite, especially during busy seasons.

She expects AquaBounty will increase its production capacity and requirements for cryopreservation will increase as well. “One of our company’s goals is to develop new genetics as well. We have been using cryopreservation technique since mid- to late-1990s and I can see us continuing to do this throughout our operations on a yearly basis.” 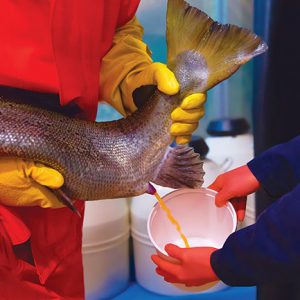 AquaBounty Technologies, which developed the industry’s first genetically engineered salmon, has been using cryopreservation since the 1990s. 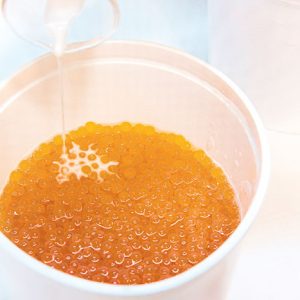 The technology facilitates the salmon producer’s breeding program and it also provides assurance that its production facility will have access to milt all year round.

Cryopreserved milt can stay frozen for decades, perhaps even hundreds of years, and still remain viable for reproduction when thawed, says Cryogenetics’ Saetersmoen.

In Norway, her company serves as a gene bank for the Norwegian government, facilitating the preservation and storage of frozen milt from species from more than 200 rivers across the country, including salmon, char and trout, she says.

In British Columbia, salmon producer Creative Salmon recently handed over more than a decade’s worth of cryopreserved Chinook salmon milt to the Carcross/Tagish Energy Corporation for storing, ensuring the survival of the Yukon River Chinook.

Benchmark’s StofnFiskur has started research and development on freezing milt from lumpfish. The species have proven to be an effective component of sea lice solution in salmon farming.

StofnFiskur produces about three million lumpfish fry annually, selling them in Iceland and in the Faroe Islands.

“But we see that we need more reliable sources of milt, that’s why at the moment we are doing R&D on lumpfish sperm and so far, they are very good,” he adds.

Jónasson believes it is possible to expand the technology’s capability beyond frozen milt, but there really is no pressing need for it in the industry. “We have not gone anywhere into like what the bull industry (has done) where they are deep freezing embryos. We, theoretically, could do that but as we have such big families – you can make 10,000 brothers and sisters from each (salmon) female – that we have not seen any potential for doing embryo cryopreservation for selection purposes.”

Related
Cryopreservation – a modern tool with many uses…