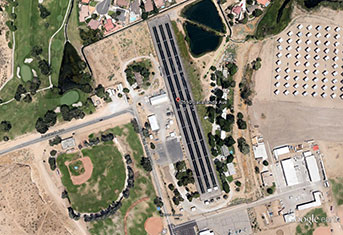 Some 60,000 fish at a California hatchery have been killed due to an outbreak of a bacteria never before seen in the state.

Local news outlet, Daily Press, has reported that the Mojave River Hatchery in Victorville, Calif., has experienced massive fish loss due to the Lactococcus garvieae bacteria, which was first detected at the hatchery in April.

The bacteria has since been discovered in two other state hatcheries in the Owens Valley – Black Rock Hatchery and Fish Springs Hatchery – the news report said. The outbreak has resulted in the quarantine of about three million hatchery fish, including rainbow trout, cutthroat trout and brown trout, while scientists conduct testing and develop an effective treatment.

Jay Rowan, environmental program manager for the California Department of Fish and Wildlife (CDFW), told the Daily Press that the parallels between the fish-killing bacteria and COVID-19 are “a little weird.” For example, fish can be infected with Lactococcus garvieae but show no symptoms.

Symptoms of the disease include bulging eyes, lethargic or erratic swimming, darkening of the skin and a swollen abdomen. While rare, fish-to-human infections have also been known to occur, according to the Daily Press report.

In the U.S. Lactococcus garvieae has only been found in three other states, and there are no sufficient strategies in place to combat the disease.

So far, none of the fish infected in the other two hatcheries in the Owens Valley have died, and water temperatures are likely the reason.

“According to the CDFW, scientists have found infected fish are more likely to be symptomatic and die at water temperatures of 59 degrees Fahrenheit or above, among other factors,” the Daily Press said. Rowan told the news outlet that groudwater temperatures are typically higher in the Mojave River Hatchery than in the other two affected hatcheries.